Holy Smokes: How Ukraine’s Covid-19 response was compounded in a weekend

This weekend in Ukraine’s capital city Kyiv life was consumed by not only Covid-19, but a thick smoke which spread from wildfires in the north of the country. Additionally, the country’s most important religious holiday, Orthodox Easter, took place this weekend. But despite the head clergyman’s call to “hurry to church”, residents needed to stay at home with their windows closed. A recent unfolding of events in Ukraine has revealed just how vulnerable the country is in the face of an epidemic, and how traditions have impeded a need for action.

Shockingly these wildfires were no natural disaster, but rather the result of a longstanding tradition. At this time of year farmers burn away the old, dry grass to prepare their land for the new season. This has inevitably caused issues in the past, however the problem was compounded this year after a particularly snowless winter, making crops significantly more flammable. Ukrainian authorities have been battling with the clearing and burning practice for years by handing out fines of around $13, but this is not nearly enough to deter the farmers.

Wildfires raged close to the Chernobyl exclusion zone leading to radiation fears. On the 17 April, AQI (Air Quality Index) measurements in Kyiv city centre reached a ‘hazardous’ 499 - for context London has an average AQI of 23, and Beijing 40. With the HBO series Chernobyl still in recent memory, some questioned if this was a coverup for another nuclear accident, but Ukrainian authorities have played down any radiation risk. 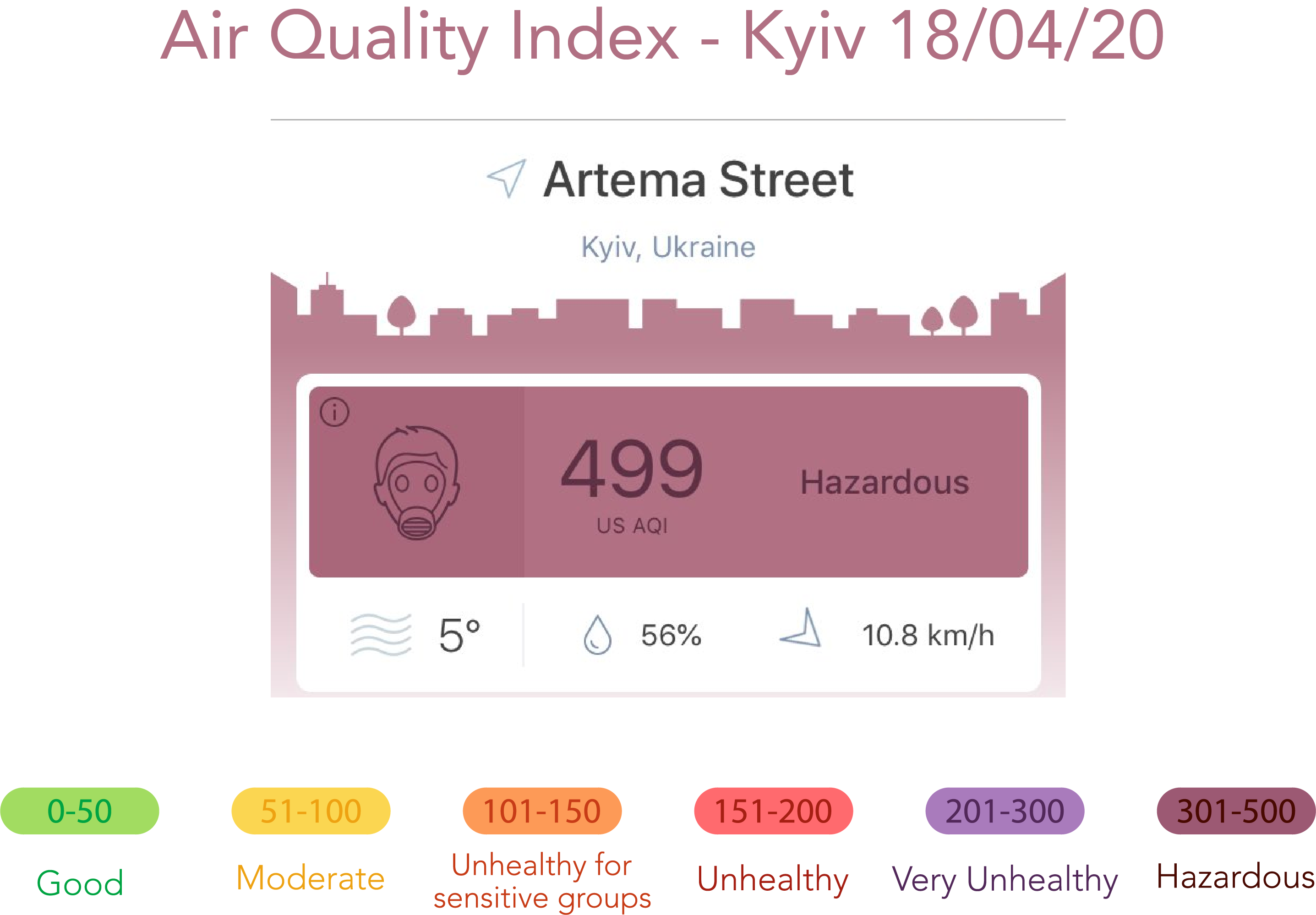 Having burned roughly 50,000 acres, the spread of the fires have been picked up by NASA satellites. Kyiv residents were told to stay inside with their windows closed and drink up to three litres of water a day. The thick smoke has an acrid smell, or as one resident said: “it smells like your feet are burning”, and also causes eyes to sting.

Actions and consequences over the past few weeks have been telling of how a country entrenched in tradition has struggled in the face of modern imperatives. This combined with an already weak economy and healthcare system forecasts troubled times ahead, and a call for change.

Land-burning farmers are not the only ones inadvertently compounding Ukraine’s public health emergency. Not two weeks ago the head Kyiv Pechersk Lavra Monastery called out to worshippers via video, “everyone hurry to church, read the Psalms, the gospel, embrace one another”. The Patriarchal Exarch also declared that “the most terrible epidemic is the sin that destroys human nature”. It has since been reported that over 120 monks have tested positive for coronavirus.

Now the monastery has been sealed off by the authorities and President Volodymyr Zelensky urged people to stay at home for Easter. Nevertheless, these rules were flouted and it seems that churches were open to the public over the Easter weekend. The police have opened five criminal cases for violations against the lockdown, all of which belong to the Ukrainian Orthodox Church of the Moscow Patriarchate.

Uncertainty has become ubiquitous in the time of Covid-19, but if Ukraine is hit by the pandemic in a way similar to Italy or the UK, it's unclear how citizens will pull through. The country has been on lockdown since mid-March, but according to a survey published three weeks ago, 57 percent of Ukrainians only have enough money to survive two weeks of quarantine. Last week 37,000 Ukrainians registered as unemployed, but the real figure will be much higher. Ukraine operates largely on what is known as a “shadow economy”, meaning that people don’t have legitimate contracts and are unlikely to be registered as employed with the government - making the data unreliable. Experts predict that unemployment is actually around five times higher. 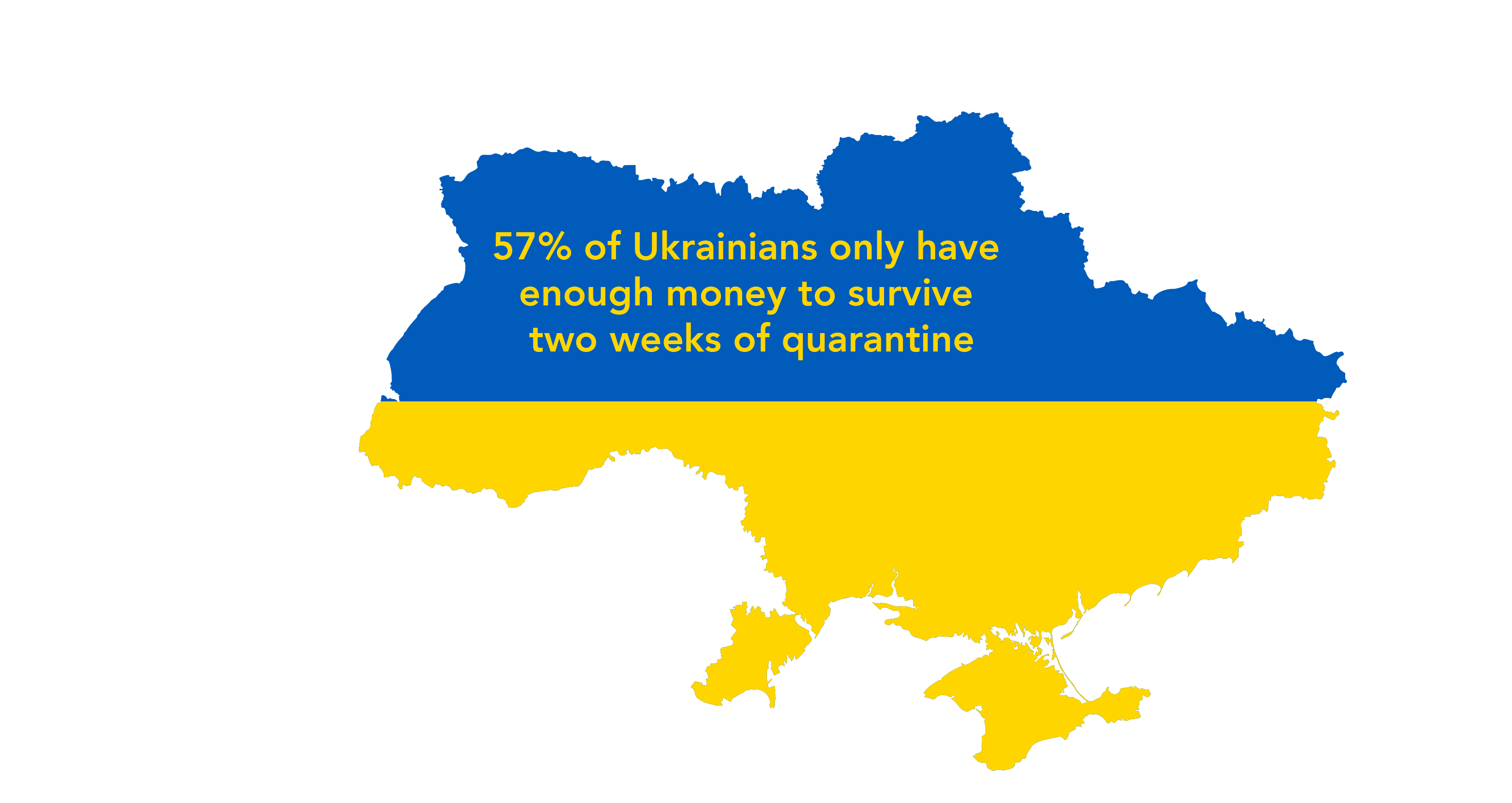 Ukraine [at the time of writing] has a reported 6,592 cases of coronavirus and 174 deaths, but the real number is likely to be much higher. A study from the London School of Hygiene and Tropical Medicine places Ukraine near the bottom of the list of countries for cases actually reported, coming in at about 10-20 percent. The country’s healthcare system was struggling prior to covid-19. In a desperate bid to address the situation at hand, the Ukrainian government has replaced the health minister three times since the beginning of March. With lockdown now extended to 11 May, much like the rest of the world, Ukraine finds itself in a precarious balancing act between public health and a functioning economy. Unfortunately, this weekend the honouring of age-old traditions did nothing but fuel the fire.