From Kabul to Bergamo


Covid-19 is the nightmare no one dared to dream of in Europe or elsewhere.
With a number of confirmed cases well above a million and a death toll of 110,000 people and counting across the Old Continent, it is by far the second deadliest event of the past century, after only the Second World War.

Italy was the first bridgehead that the virus used to get across Europe. Despite Italy’s healthcare system being commonly considered one of the best in the world, the virus has transformed the North of the country into a battlefield, making the Lombardy region its frontline. 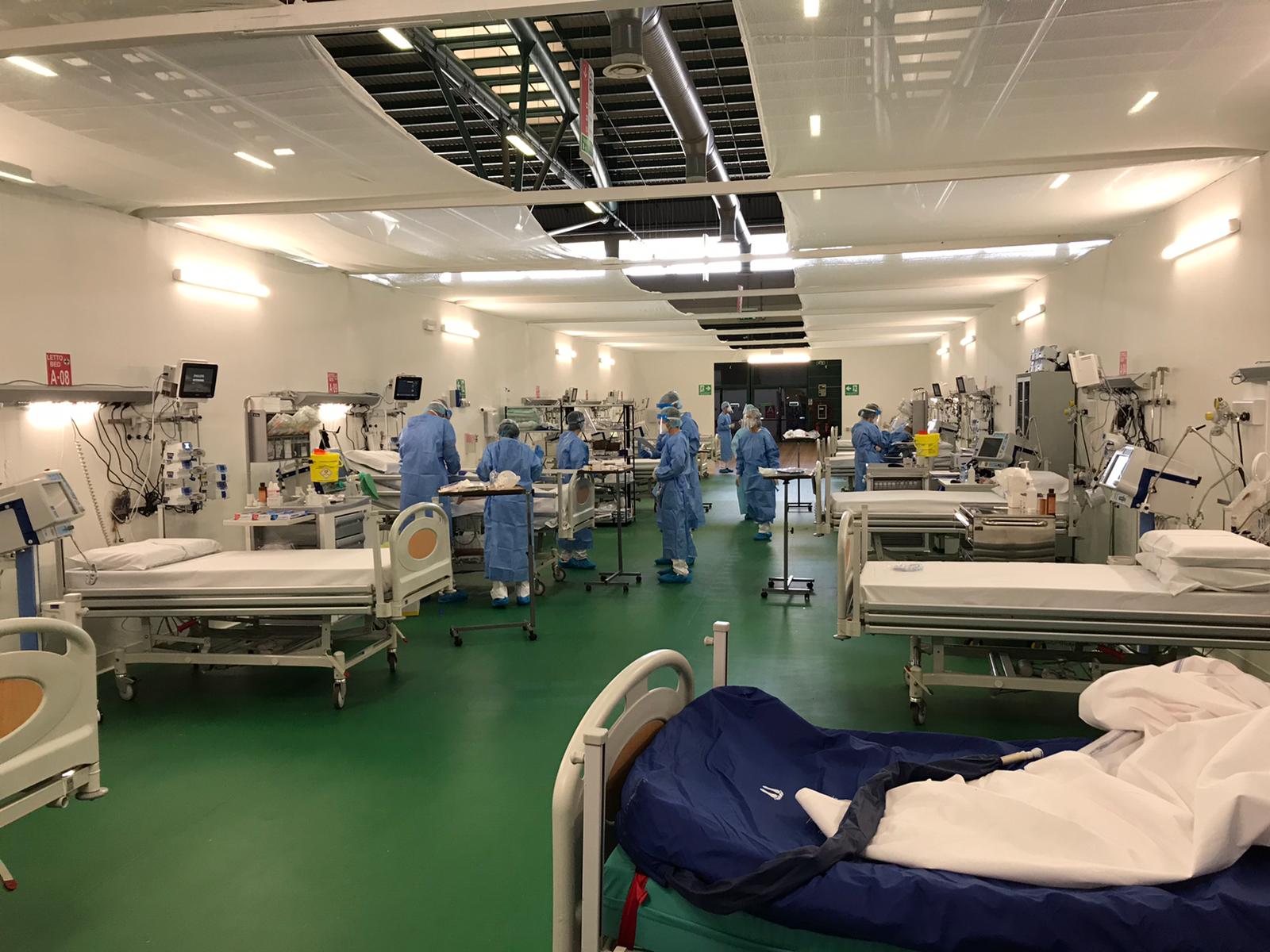 EMERGENCY operatives preparing Covid-19 intensive care unit - Bergamo fiera hospital (ph. Sergio Agazzi)
“I never, never expected my work to bring me here” explains Dejan Panic, nurse in the Italian medical NGO Emergency. Their motto is “We cure people, well and for free”, and after being on the frontlines of worst disease outbreaks and warzones for the past two decades, they are now operating in the epicentre of the Covid-19 crisis in Europe.

Together with 36 other healthcare workers from the staff of Emergency, Dejan is currently working in a field hospital set up in the former Bergamo trade-show centre, in Lombardy. They are there to support the fight of the local healthcare staff workers against the virus.

After coordinating for 10 years the Emergency mission in Afghanistan, and spending a short period working with the same organisation in Sudan, he never thought he would be called to work in Europe. “It is just something that never crossed my mind” he repeats when asked. 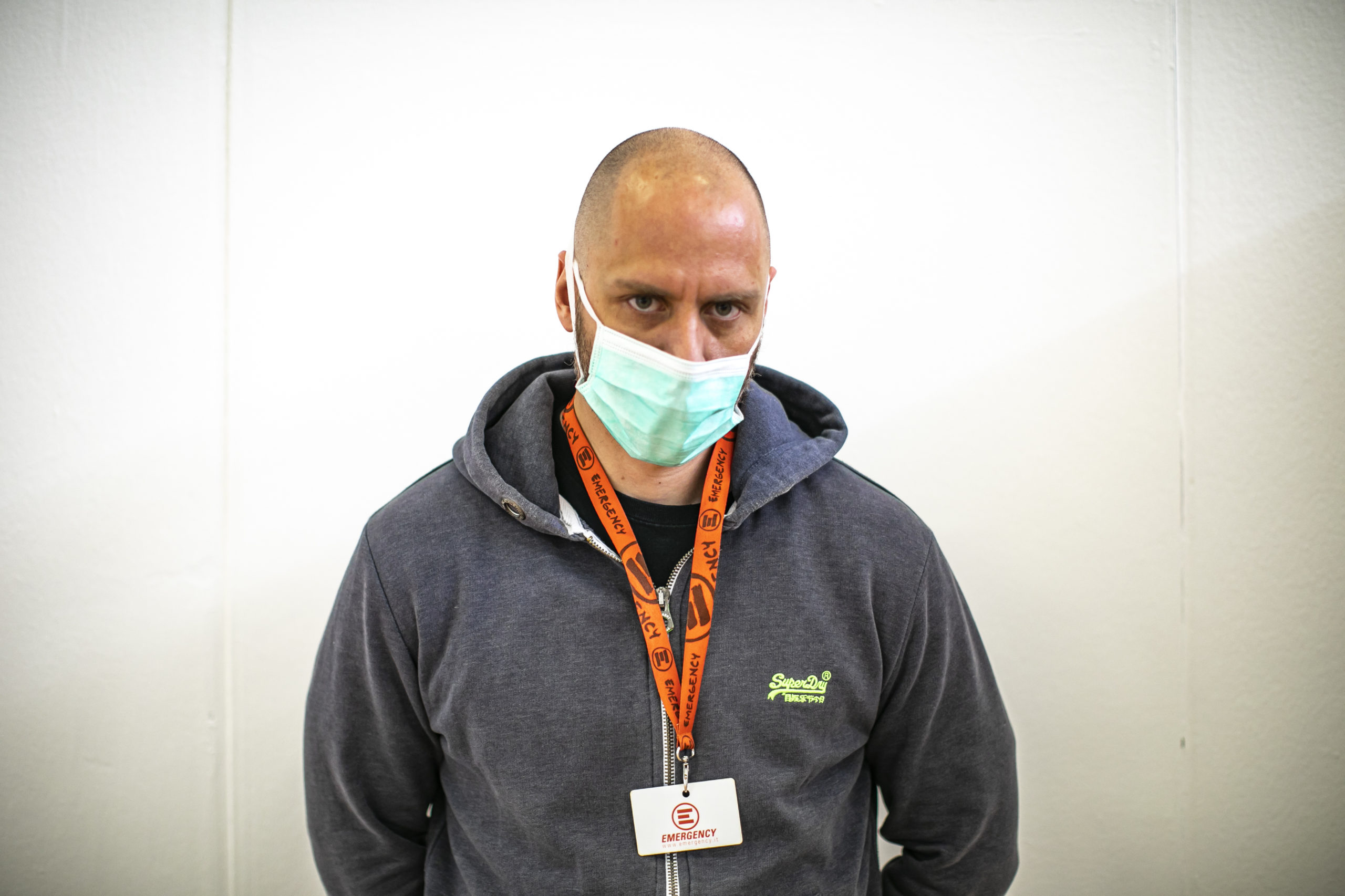 Dejan Panić, EMERGENCY nurse (ph. Sergio Agazzi)
This was a quite different world from what he was accustomed to seeing in his daily life in Afghanistan. “I talked about this with my colleagues, many times. When you are getting onto the plane, to reach your final destination [Kabul], you are going into another dimension,” he says. A completely different planet, where the same universal rules you got used to and applied until that moment just do not work anymore.

A sensation frighteningly similar to the one felt when stepping into the intensive care unit of the hospital where he is currently stationed in Bergamo for the first time. “It’s not very different. You are in a situation where… You are fighting a disease that might take your life, at the end of the day”.

Kabul, EMERGENCY hospital (ph. Giulio Piscitelli)
“I’m very sorry I did not write a diary in those days [when he first heard of the virus spreading]. My thoughts, my feelings, [...] what I was thinking” he recalls. He was in Afghanistan and admits that did not take it very seriously in the beginning. At least, until when it started to hit neighbouring Iran hard.

“When it got there, I heard for the first time that there was a number of cases in Iran”. At that time, the authorities were still claiming the spread was under control, but with as time passed news of ministers and health officials falling sick of the coronavirus started coming out of the country. And it was at that moment he realised that this was a much bigger problem than he initially thought.

Kabul, EMERGENCY hospital (ph. Giulio Piscitelli)
In his view, there is also another important difference between work in a warzone and the centre of the contagion. “This disease is directly threatening everybody, including them [Italians]. War is something that is very far, 5-6,000 kilometers away, that is happening to somebody else. [...] Something that you can see on the BBC or Al Jazeera, very very far off. This is something that is on your doorstep” he reflects. “Something that can directly impact you, or your loved ones, impact your future, what you love, what you have. So that is the difference”.

However, there is be one thing in common between places and circumstances thousands of miles apart: the fear of the people. “Fear is the main similarity I see between coronavirus and war, what is sparks in people’s eyes”. And this might bring some changes to the societies affected by the pandemic.

“I see more tolerance in people surviving the disease, and in their loved ones. People are more humble, more willing to help each other, hopefully this is something that will stay once the virus is defeated”, he comments.

“Hopefully, it will change how they see each other, how they see migration in Italy. After all, we are all human beings”