A group of backbench Tory MPs who are part of the 1922 committee met today to discuss the impact the lockdown is having on business. They expressed fears that thousands of business will face closure and that if the lockdown is not lifted soon there could be irreversible damage to the UK economy.

7 in 10 companies report having placed employees on furlough, meaning the government pays them 80% of their salary because they are unable to work. Over 11 million people have either been furloughed or made unemployed because of the Coronavirus, and these Tory MPs fear the UK economy may not be functioning by the time we return. 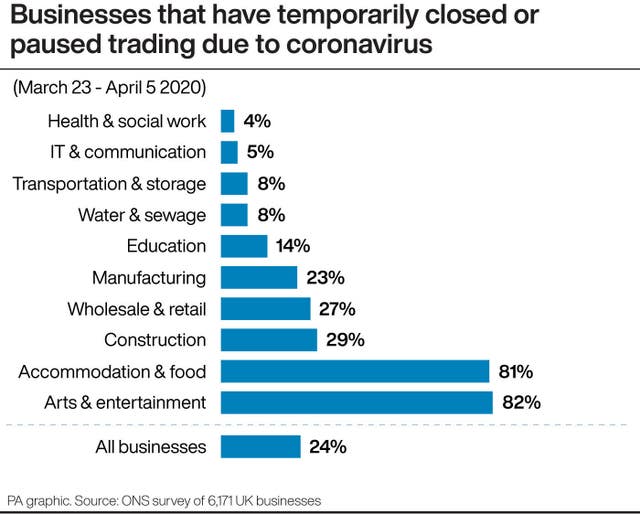 The Office for Budget Responsibility forecast the UK economy may shrink by a record 35% by June. Chancellor Rishi Sunak said that this forecast was only a worst-case scenario but admitted that ‘there are tough times and there will be tough times to come.’

There now appears to be an emerging split within the conservative party. The government has extended its full lockdown until at least May 8th. With the onset of summer and the potential for civil unrest, it had appeared the government was keen on easing lockdown measures and beginning to re-open society. However with no clear sign of the daily death toll falling and the UK now currently being the worst affected country in Europe, the government may be forced to extend the lockdown.

The government has fully committed to the lockdown with its slogan, ‘Stay Home, Protect the NHS and Save Lives.’ However, the 1922 committee and other dissenting voices are starting to question whether the economic damage being caused is too great to justify continuing the lockdown. Conservative commentators against extending the lockdown have argued that economic devastation also causes death.

Conservative Councillor for Kensington Johnny Thalassites believes the split amongst MPs reflects the split amongst the nation on this issue. He explained that whilst nine in ten people currently supported the lockdown, naturally there was divergence of opinion on when things should ease up and society should return to normal.

Reluctant to give his personal opinion, Thalassites said that media reports from Westminster were indicating there is some planned phasing of loosening the restrictions on people’s movements from May 7th. Thalassites also highlighted the national unity and solidarity around the Coronavirus which crosses party lines.

Thalassites believes that the online meeting of the 1922 conference is a sign that the party is still functioning healthily. The 1922 committee is a powerful institution within the Conservative Party at ensuring backbench MPs get a voice. MPs can submit anonymously letters of no confidence in an incumbent leader which if a threshold is passed can lead to a vote of no confidence which happened to Theresa May in January 2019.

Conservative Party member Judy Turner said she had concerns about the nature of the lockdown and if it would be extended. ‘The police are being very heavy-handed in enforcing it. People are being issued with fines or arrested for going out more than once in a day. Neighbours are reporting each other to settle old scores. It’s worrying to see the state wield so much power.’

Turner believes that waiting for a potential vaccine to re-open society could have lasting effects. ‘I understand the priority is to stop the virus spreading and save lives, but businesses shutting, people’s livelihoods being destroyed and mental illnesses being made worse are problems as well. Whilst every death caused by this awful virus is a tragedy, society may need to reopen before we have a perfect solution and cure to this.’

Turner explains that amongst her conservative friends’ opinion is divided about the best path for the government to take. ‘Lots of my friends are volunteering and doing all they can for the community. Everyone I know who’s had the virus or been inside a hospital has told me it’s the most horrifying illness you can imagine. However the practical reality that we need society and our economy to function again soon is unavoidable.’

‘The logic that the government should do everything it can to save lives is correct, but the way of actually doing this can be complicated. For example there were 30,000 road traffic deaths last year. Should the government ban cars to save lives? I don’t believe the Herd Immunity approach was a good idea and thankfully we moved away from that. Once we’ve passed the peak, we have to start re-opening society slowly, particularly to those least at risk such as young people.’

A government already under huge scrutiny for its slowness in responding to the Coronavirus is now facing a new challenge from its own party. But exactly how it chooses to handle the next phase of the pandemic remains to be seen.