Israeli artist and activist Gil Mualem-Doron exhibits his artwork on attacks of Palestinian families. The aim is to expose the face of far-right Israeli terrorism.

Growing up in Tel Aviv, Mualem-Doron said in an interview that his political views changed towards the left as the Orthodox Jewish, ultranationalist Kahane movement – what he describes as a “completely racist and fascist” political movement – gained prominence in Israel in the 1980s. His artwork has since shed light on Israeli racism towards Palestiniains living in the Occupied Territories. His latest exhibit at P21 Gallery in London titled “Cry, the beloved country” exhibits a range of photographs, digital art and installations on the themes of migration, forced displacement and racism. 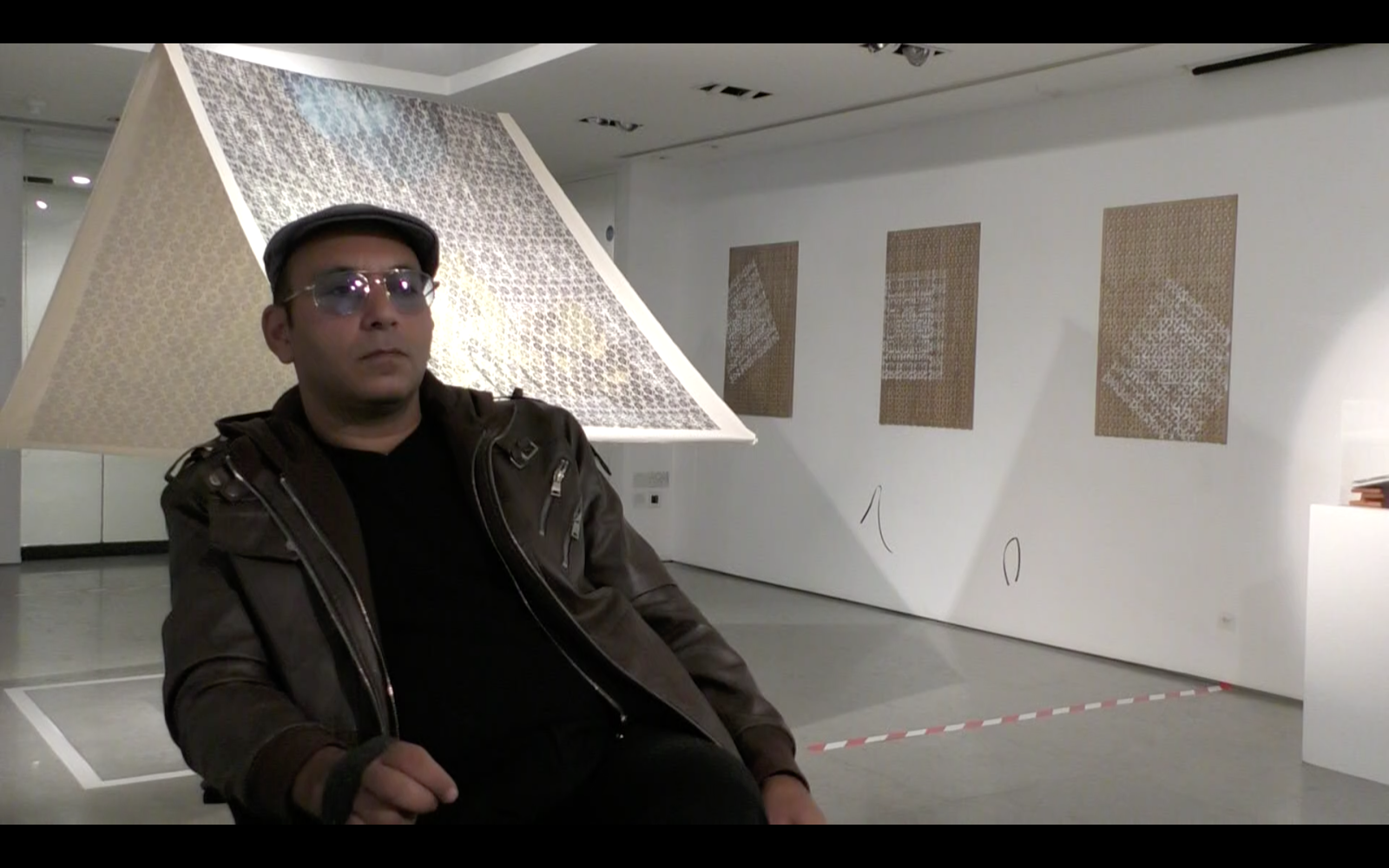 Artist and activist Gil Mualem-Doron during an interview of his new exhibition at P21 Gallery in London.

The artist was first introduced to so-called “price tag” attacks – acts of terrorism aimed at eaxcting a price from Palestinians who threaten the Israeli settlement scheme – while reporting on an arson case when he was sixteen years old. Sent to take photographs of a Palestinian home burned to the ground, the artist said this incident shocked him and inspired him to raise awareness of this form of terrorism that implicates numerous Arab-Israelis living in Jewsih settlements every year.

A particular case in 2015 inspired him to create the installation of a burned child’s crib. The Dawabsheh family home was targeted by 21 year old right-wing extremist Amiram Ben Uliel, killing 18-month old Ali and his parents Saad and Riham. 5-year old Ahmed Dawabsheh, the eldest son, emerged with terrible burns and was the only survivor of the attack. The Times of Israel reports that this attack was intended as revenge for a terror attack in the beginning of September in which an Israeli settler was shot.

Ben-Uliel is a member of the “hilltop youth” movement of young Israeli citizens who often carry out “price tag” attacks. Earlier this year, he was sentenced to life imprisonment on three counts of murder “in what a court determined were racially-motivated crimes,” according to Reuters. His alleged accomplice, a minor who was involved in the planning of the attack, was sentenced to three and a half years in prison – scheduled to be released in 9 months.

The controversy surrounding this case is the amount of public support Ben-Uliel’s family received following the attack. Around two dozen Israeli rabbis signed a statement which “claims that Ben-Uliel’s confession was extracted via enhanced interrogation techniques and that it is therefore legally inadmissible,” reports Middle East Monitor (MEMO), “including  Rabbi Haim Drukman, arguably Israel’s most influential religious leader.” This statement has gained harsh criticism amongst members of Israel’s left-wing opposition party, arguing that they should be excluded from public service. They claim that the signatories are all supporters of right-wing Yamina party, an organisation “that draws its voter base from among the settler and national-religious community.”

However, it was not only members of the far-right Orthodox community who supported the statement, including Prime Minister Benjamin Netanyahu’s son, Yair Netanyahu. He also retweeted the link to an Israeli crowdfunding campaign organised by far-right legal aid group Honenu and Ben-Uliel’s wife. The legal firm “seeks to safeguard Jewish Israelis from any legal implications arising from anti-Arab/Palestinian violence,” according to MEMO. The campaign raised over 1.38 million NIS (around £310,000) from over 4,900 contributors in only five days.

The level of praise that this terrorist attack received is worrying. Gil Mualem-Dorion wishes to challenge and change the face of terrorism in Occupied Palestine, showing how far-right Israeli citizens should be held accountable for racist and hate-motivated crimes of arson and, in the case of Ben-Uliel, murder.

“Unfortunately, you have hundreds of children being slaughtered in Gaza, but it’s almost invisible,” says the artist. Attacks to Palestinian homes are personal acts of hatred that also go invisible because media tends not to amplify such terrorist activities. This installation forces the viewer to “smell the burning flesh,” as he argues, and come face to face with the personal hatred shared amongst far-right thinkers. “Price tag” attacks have increased in the Occupied Territories because there has been no demand for accountability. According to MEMO, “in the first five months of 2020, the United Nations Office for the Coordination of Humanitarian Affairs (OCHA) documented 143 price-tag attacks that led to the injuries of 63 Palestinians, including 13 children, and damage to over 3,700 trees and saplings, various field crops and more than 100 vehicles.” Gil Mualem-Doron’s activism is the first step in enacting change.