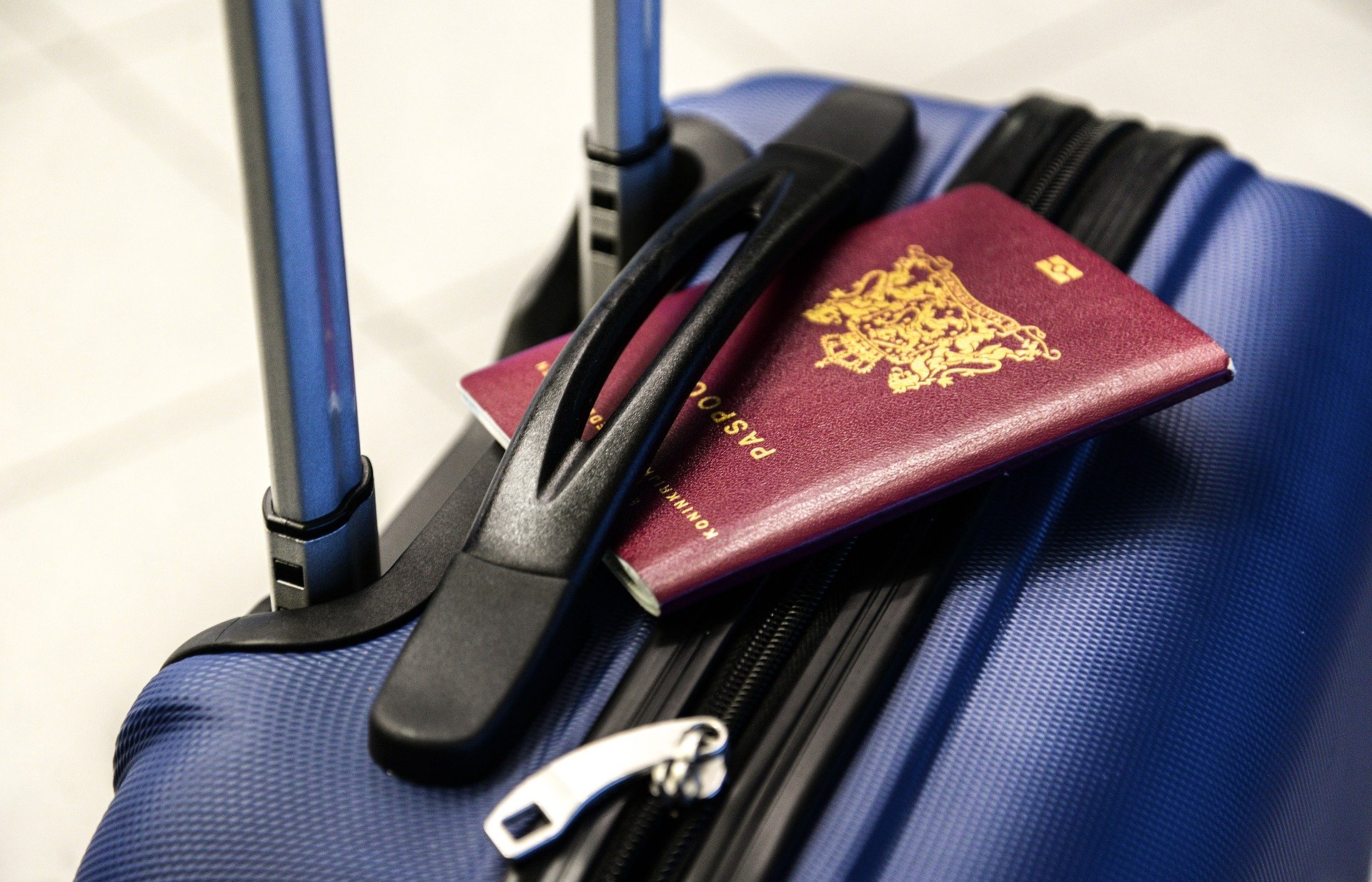 No vaccine certificate, no entry. This is, effectively, what a “vaccine passport” would mean for international travellers in the near future. The UK government has resisted commenting on whether “vaccine passports,” or proof that a traveller has been fully inoculated against Covid-19, will become the official line, but the tide is now turning towards this controversial option for reopening global travel and tourism. Much as vaccine minister Nadhim Zahawi may insist that “vaccine passports” remain off the table, mounting commercial and international pressure – and even parliamentary voices – clamouring for their introduction make this statement seem less and less convincing. British holidaymakers looking for a Greek getaway may just be able to go, the condition of entry being this “vaccine passport,” which just may well be the speedy-boarding pass available exclusively to the vaccinated older traveller.

Last week, Denmark announced the introduction of a digital coronavirus passport, with Sweden hinting at following suit. They are not the only countries to do so, and there are numerous formulations swirling around in contention to choose from: to name only a few, Mvine and iProov have moved their digital coronavirus passport into live testing phases, and the “Travel Pass” application in development with the International Air Transport Association (IATA) is intended to “share their tests and vaccination results in a verifiable, safe and privacy-protecting manner.” Contradicting Zahawi’s opposition, it looks like he will soon be drowned out by the tide increasingly in favour of “vaccine passports.”

Passports proving inoculations have precedent, as a number of nations have long required yellow fever vaccinations for entry. Commercial interests have not waited for governmental approval; recent weeks have seen Australian airline Qantas plan to cull passenger manifests by proof of vaccine receipts, and over-50s travel provider Saga have announced that there “will be a blanket “no” to boarding” without a “vaccine passport.” “Our customers want the reassurance of the vaccine and to know others travelling with them will be vaccinated too,” is the rationale behind Saga’s decision.

Herein lies the problem: vaccine rollouts prioritise older age groups, with current government targets predicting that all over-50s in the United Kingdom will be offered the vaccine by May. The vast majority of those eligible to travel under a “vaccine passport,” therefore, will fall within this age bracket. The younger travellers, as eager to escape confinement as the older demographics, will tumble into the opposite category of “the jabs and the jab-nots.”

Over-50s travellers have realised this, and have bought into what is labelled “vaccine confidence”; TUI reports that 50 per cent of their bookings are currently by the over-50s, despite government warnings directed at this age group to hold off on pressing the ‘book’ button for international holidays. These cautionary messages are lost in the excited cacophony of detailed guides of which European destinations will allow British holidaymakers to enjoy far fewer restrictions than their unvaccinated fellow travellers. Greece and Cyprus are set to feature high on the destination list, the tourism-reliant nations already hinting at summer holidays for “vaccine passport” holders.

Young travellers – last in the vaccination queue – would not get past the departure gate. They will not have grabbed a “vaccine passport,” and the need to have one to cross an international border does not sit comfortably with all governments and organisations across the world. “We should never require the vaccination to get a job or to travel,” was the warning from Gloria Guevara, head of the World Travel and Tourism Council. “A blanket vaccination requirement would simply discriminate against non-vulnerable groups, such as generations X and Z and millennials, who should be able to travel with proof of a negative Covid-19 test,” is Guevara’s judgement. She is among other high-profile voices shouting down calls for “vaccine passports,” citing concerns over privacy and discrimination. “Vaccine passports” have brought to the fore issues of the availability of private health information, not to mention the potential of unvaccinated travellers or workers to bring discrimination claims based on their status as unvaccinated. The Equality Act is the sticking point: “protected characteristics” could be under siege from the implementation of a mandatory vaccination status, and young people may be able to argue discrimination on these grounds.

However, as is constantly stressed in Downing Street’s 5 o’clock coronavirus briefings, the vaccine is not an assurance that the inoculated traveller is not a vector for transmission. The acceptance of a “vaccine passport” could in theory, then, allow vaccinated tourists who are unwitting carriers of the virus to be allowed into a country with a lower percentage of the population vaccinated, and pass it on. This angle has worried the governments of tourist-dependent nations, such as the Seychelles, who have opted for a slightly different vaccine tactic.

The Seychelles is pursuing a reverse vaccination strategy: it hopes to protect its local population against tourists, then welcome the world back when travellers’ potential to pass on the virus would not endanger residents of the archipelago. The logic behind it could enable unvaccinated travellers to circumvent “vaccine passports,” because local residents would have acceptable levels of immunity against coronavirus transmission from incoming tourists. The Seychelles, planning to vaccinate the majority of its adult population by March, has also become one of the first nations to throw open their borders to vaccinated travellers.

Travel expert for the Independent, Simon Calder, groups all of these vaccination options under the umbrella term, ‘immunotourism.’ Whether by way of vaccination certificate, Covid antibodies or mass vaccination in the destination country, your level of protection against coronavirus will determine your travel options.

“In terms of the heavily disenfranchised younger travellers, it’s terrible,” Calder explained in a recent phone conversation. “You’ve spent the last year basically in lockdown because we are trying to protect the older people, and then suddenly: ‘oh, older people, you’ve had your jabs, off you go on your hols, don’t worry about the younger people, they can look after themselves.’”

There was another point to make, Calder elaborated: there will be a divide between the richer, older, vaccinated people, and the younger, poorer, unvaccinated people. The wealthier, older traveller can afford to soak up the sun in exclusive resorts, but the traditional domains of younger travellers – hitchhiking, hostel-hopping – have, and will be, decimated. If the younger traveller can afford luxurious resort stays, there may be options to travel unvaccinated, but without deep pockets, the outlook is less optimistic.

However, there may be very little that frustrated younger travellers can do, apart from continue to languish a little longer without seeing new shores. “I think every country, and every company, has a right to say that in order to protect people, we have this requirement of you,” Calder mused. “It’s extremely regrettable, but there’s an awful lot about coronavirus that is extremely regrettable.”

“Hopefully, people will be more appreciative of the chances to travel. People will accept reduced horizons. Every day that this goes on, travel companies are weakened and will take longer to recover, and in five years’ time, I don’t think we will be back anywhere near where we were in 2019,” Calder concluded. “There will be a whole bunch of people who will probably permanently exclude themselves from the tourism market. Fortunately, they will tend to be older people as opposed to younger people, who will, I hope, want to make up for lost time.”

This may be the only consolation that younger travellers will get for the time being: that, in the future, they will have the opportunity to catch up with the travelling they will watch their vaccinated older relatives, friends and colleagues do in 2021. Sunnier skies in the pandemic may be ahead, but they are set to be further off for younger travellers than those in line ahead of them in the vaccination queue.