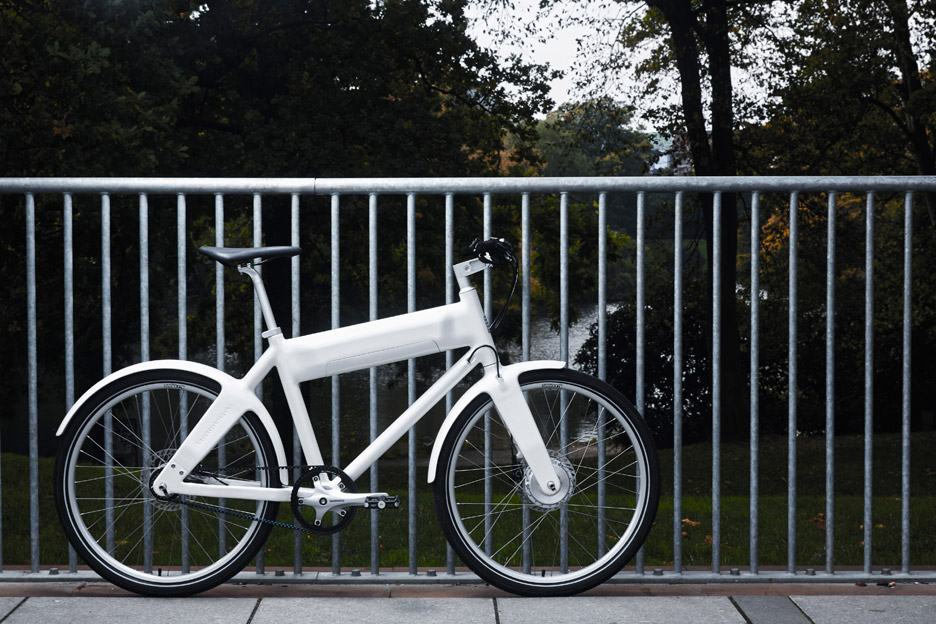 The long read: E-bikes are a fast-growing market, but will they have the same longevity as the traditional bike? I spoke to Philip Morley, global sales lead for Danish e-bike brand Biomega, to discuss the future of e-bikes.

Travel to any of the major capital cities in Europe and you will find large numbers of e-bikes lined up in neat rows outside, ready for rental. From an interesting niche industry, e-bikes are fast making their way into the mainstream.

The cycling boom
Since the start of Covid, there has been a huge increase in the popularity of cycling. Google maps tracking shows an average 69% increase in requests for cycling routes worldwide, while some countries have even seen a 4-fold increase.

Meanwhile, the Covid-Cycling Measures Tracker, run by the European Cyclists Federation, found that the total government budget allocation for cycling since the start of the Covid period has been over €1,000,000,000,

E-bikes have been part of this boom as it is reliant on the same cultural trends that attract cyclists. Bosch – one of the largest suppliers of batteries for e-bikes worldwide – has reported an 85% increase in sales since the Covid crisis began.

But despite the increase in popularity, as with most products that have an initial boom, questions over longevity linger. Are e-bikes a Covid-propelled fad or are they becoming an established part of the cycling mainstream?

What makes e-bikes different?
Due to its motor engine assistance, e-bikes are considered easier to ride than normal bikes as the rider expends less energy. Philip Morley, who consults for Biomega, a premium e-bike brand in Denmark, says, “Cycling ten-fifteen kilometers to work could be a normal commute time.” He continues, “this is nothing on an electric bike, but it would be quite a distance for people on a normal bike. So, e-bikes have extended the range of users.”

E-bikes are also an effective way to be punctual with commuting. Phil says, “on an e-bike you can predictably get to a location, you can work out almost exactly how long journeys will take you – often not much longer than a car if it is during a rush hour.”

Brands are becoming increasingly futuristic, too. The more advanced e-bike companies such as Cowboy and VanMoof have started to include extra bits of tech to enhance users’ experience, with tracking devices, electric carriages and even different options for the sound of the bike’s electronic bell. 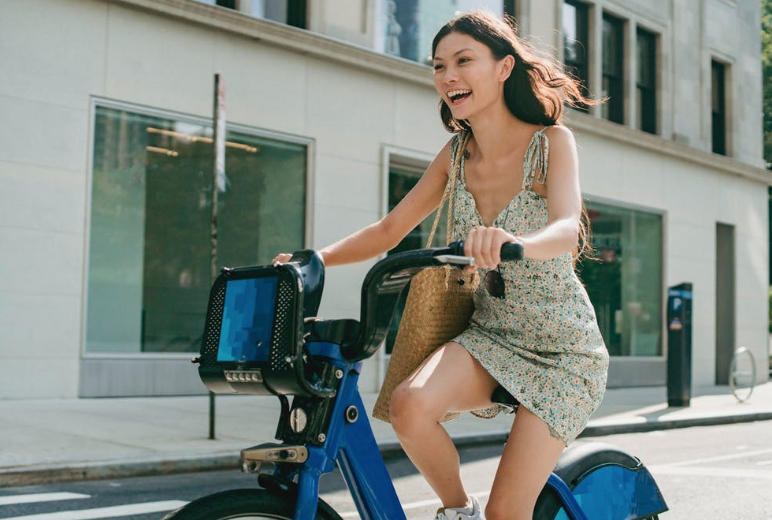 E-bikes require cycling infrastructure
In countries with established cycling infrastructure, e-bikes are a very viable mode of transport. E-bikes are already large consumer items in cycling capitals such as Copenhagen, where there are more people with bikes than there are cars, and in Amsterdam, where leading Dutch cycling brand VanMoof stopped its normal bike production to focus on satisfying the demand for their e-bike version.

But take away the cycling culture and good infrastructure, and e-bikes are not so viable. Phil explains, “Building segregated cycle lanes will attract bikes. So it’s essential you spend the money first, but most countries haven’t done that which is why there aren’t many cyclists. Cyclists won’t feel safe – and they feel even less safe when traveling on an e-bike at twenty-five km an hour.”

Other cities across the world have been much slower on the uptake, therefore. Take America: in New York, one of the more cycling-friendly cities in the country, 250 new bike lanes were introduced in 2019. But due to the lack of safe infrastructure, major doubts remain about safety, with reports of cyclist fatalities revealing scarily high numbers. E-bikes would surely be too precarious for already dangerous roads.

Phil explains, “European cities generally don’t believe you should have bikes next to cars on the road. Car drivers hate bikes as they feel they get on the way on the road. In other nations this hierarchy hasn’t been addressed and this deters people from feeling safe when cycling.”

A tipping point?
Certain European cities appear to be catching on to the allure of e-bikes. Take London as a case study: ready-to-ride ‘Boris Bikes’ are littered around the capital, private tech companies such as Uber and Google now offer bikes for hire, and the government’s introduction of the ‘Cycle to Work’ scheme offers workers discounts on bike purchases.

E-bikes have been included in these city schemes, often favoured over non-electric bicycles. There is even a pledge by the UK government to offer a third off e-bike purchases by March in a ‘national e-bike support programme’, as Boris Johnson aims to inject £2billion to create a ‘golden new age for cycling’.

Phil believes this is a really positive period for the uptake of e-bikes, “these schemes are golden – it gets people who aren’t cyclists to consider them, especially if they have a slightly hefty commute.”

So are e-bikes here to stay?
Statistics on sales suggest the wheels are in motion. The Financial Times recently reported that the global e-bike market is now predicted to reach $46billion by 2026, a whopping market share for a product that has previously been left in the debris of conventional cycling.

And nations with advanced cycling cultures such as the Netherlands – a country with bicycle sales amounting to 1.252 billion euros – demonstrate the potential for mature e-bike markets, with the e-bike being the most sold type of bicycle in the country, taking a market share of 41.7 percent. It’s fair to assume that if other countries also follow the route of prioritising bikes over cars, e-bikes could surely thrive.

The downside is that e-bikes still have little proof of longevity, mass-appeal, and don’t yet have the loyal followings of conventional bikes, cars and public transport. Cities with less advanced cycling infrastructures would also need to invest significant amounts of money on cycle lanes to convince large numbers of consumers to purchase e-bikes. E-bikes are not cheap either – The Telegraph reports that prices generally range from £500 to £2,000-plus. On average, this is significantly more expensive than buying an ordinary bike.

Another major challenge lies in making e-bikes ‘cool’, or at least cool enough for people to use them frequently. Phil explains, “even in Denmark, taboos still exist with certain consumers about e-bikes being considered a mode of transport for the old or lazy and there is definitely a style of cycling snobbery”.

He is positive this branding image is being addressed, however, “I think there will be further advancement, like with electric cars, on batteries and other bits of cool tech. They will decrease the weight of the bikes, there will be cooler electric trailers and more fold-up e-bikes – I think these factors will all make a massive difference.”