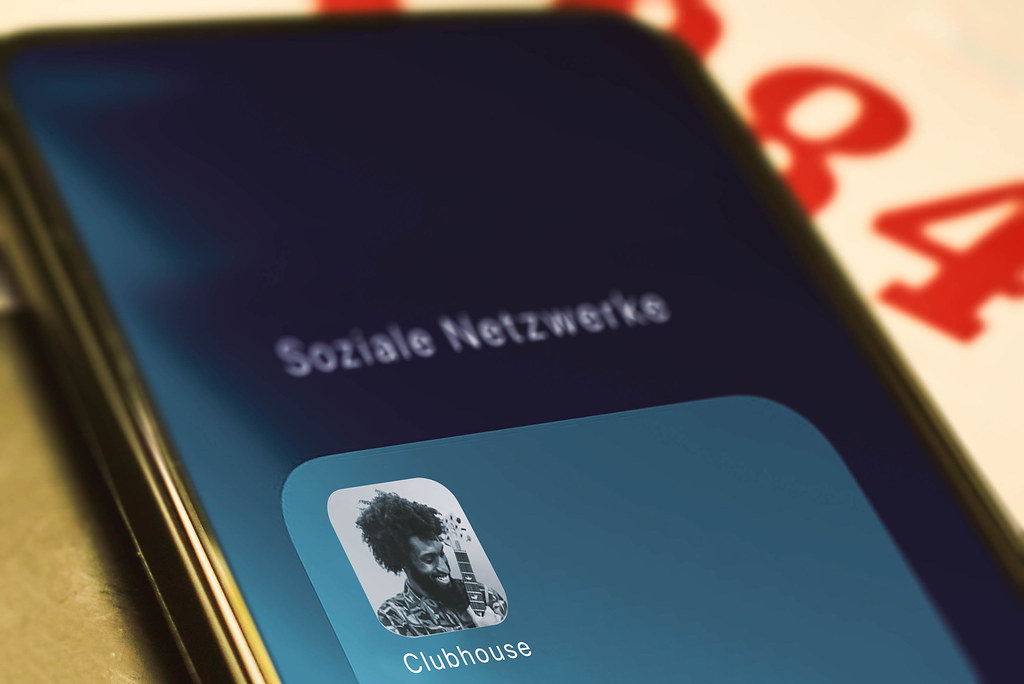 Following the emerging success of TikTok, a new social network is currently on the rise: Clubhouse. The new app makes it easy for its users to participate in virtual talk rounds. Especially podcast creators see many possibilities in using Clubhouse. But is the app really a blessing for them?

The first version of the Clubhouse app came out in spring 2020. The app is the brainchild of Paul Davison and Rohan Seth. Davison and Seth used to study together at Stanford University. Besides their joint studies at Stanford, they have also worked for other social media companies before their debut as CEOs at Clubhouse.

Talks for everyone, but by invitation only

The main purpose of using Clubhouse is to meet other users from around the world and discuss on specific topics. In this regard, users of the app are able to host their own talk rounds. Otherwise, they can take part in talks hosted by other Clubhouse members.

When taking part in talks that are not organised by the users themselves, they are not automatically on the podium as speakers. However, they usually start as listeners in the audience. But by simply clicking the “raise hand” button, people from the audience can also get on the podium and can become speakers.

The access to the Clubhouse app is so far not open to all, so not everyone can become a part of the Clubhouse community from the beginning. To get registered, an invitation from an existing member of the social network is usually necessary. Members of the app can earn further invitations through regular activity.

Creating a podcast with Clubhouse

The hype around the Clubhouse app is also on the radar of the two German journalists Amadeus Banerjee and Marco Zaremba. The two got to know each other as colleagues at the public broadcaster Südwestrundfunk (SWR). During their time at SWR, Banerjee and Zaremba had the idea of starting a joint podcast. The podcast should especially address newcomers to the radio scene in Germany and provide them with hints and tricks on getting started there.

However, Banerjee and Zaremba had to put their plan on hold for some time. When starting their then new radio scene talk series “.backtiming”, they eventually found a specific way of implementing their new podcast. The name of the talk series and the accompanying podcast refers to the process of backtiming at radio stations. During backtiming, an ongoing radio programme is planned in a way that the following programme hour can start at the right time.

Podcast recording not yet from the beginning

The launch of the podcast, however, could not take place immediately with the start of the talk series “.backtiming”. Therefore, Banerjee and Zaremba had difficulties with the Clubhouse app as well as the recording. “When I started the recording, Clubhouse showed a warning notice pointing out the prohibition of recording within the Terms of Service“, Banerjee mentions.

After re-examining the terms, the two found that recordings are possible with the consent of all participants. Banerjee and Zaremba also observed multiple US talks on Clubhouse and found that the reference to recording is often becoming part of talk titles. With this new approach, the two could finally launch and record their podcast using Clubhouse after the first three talk rounds off-air.

Unexpected celebrities in the Clubhouse audience

At the beginning of their “.backtiming” talk series, Banerjee and Zaremba could profit from the first Clubhouse hype in Germany. The large number of new users in January 2021 ensured a sizeable audience for the spontaneous kick-off of their radio talk. At times, the number of participants even exceeded the three-digit range.

Banerjee and Zaremba also got surprised of the composition of their first audience at the launch of “.backtiming”. Many radio personalities and station managers listened to their first talk and some of them even spontaneously joined in the discussion. “All of a sudden, the German radio celebrities came together in our talk. We didn’t even know how they found out about us”, Banerjee says.

From the second talk, however, Banerjee and Zaremba agreed on fixed topics and invited guests for their Clubhouse talks. Nevertheless, the members of the audience can still actively participate in the talk. They only have to click the “raise hand” button and are then able to share their questions and stories.

A glimpse into the future

The first Clubhouse experiences show Banerjee that, in many respects, the talks run at eye level. He therefore describes Clubhouse as one of the most social networks: “People let each other finish, they don’t rant. It’s a very fair and friendly exchange. You can also take a lot with you from Clubhouse into real life. In total, it’s a civilised way of interacting with each other.”

What remains unclear, however, is what will happen next for Clubhouse. So far, the social network is only available for iOS devices. An official Android version is currently in the making, but the publication date remains unknown for now. According to Banerjee, an Android version of the Clubhouse app could ensure a further rush in user numbers: “I don’t think it will become as big as Facebook or Instagram. But I think it will definitely get bigger – at the very latest with an Android version.”