The women behind our clothes

When she was about nine or ten years old, Nasreen Sheikh became a child laborer in a sweatshop in Nepal. Today, she advocates for garment workers’ rights in Nepal and other underserved communities.

Speaking at a live conference on 20 April during Fashion Revolution Week - an annual campaign bringing together the world's largest fashion activism movement - Sheikh explained what she had lived through. “My room was 10 by 10 with no windows. I was working 12 to 15 hours a day and earned less than $2 a day.” “How would you feel being forced to work 12 to 15 hours a day? You feel like a machine, like a living machine”.

Today, garment workers can still earn as little as $88 (£68) a month and very often, their rights as workers are not protected. 80% of them worldwide are women. 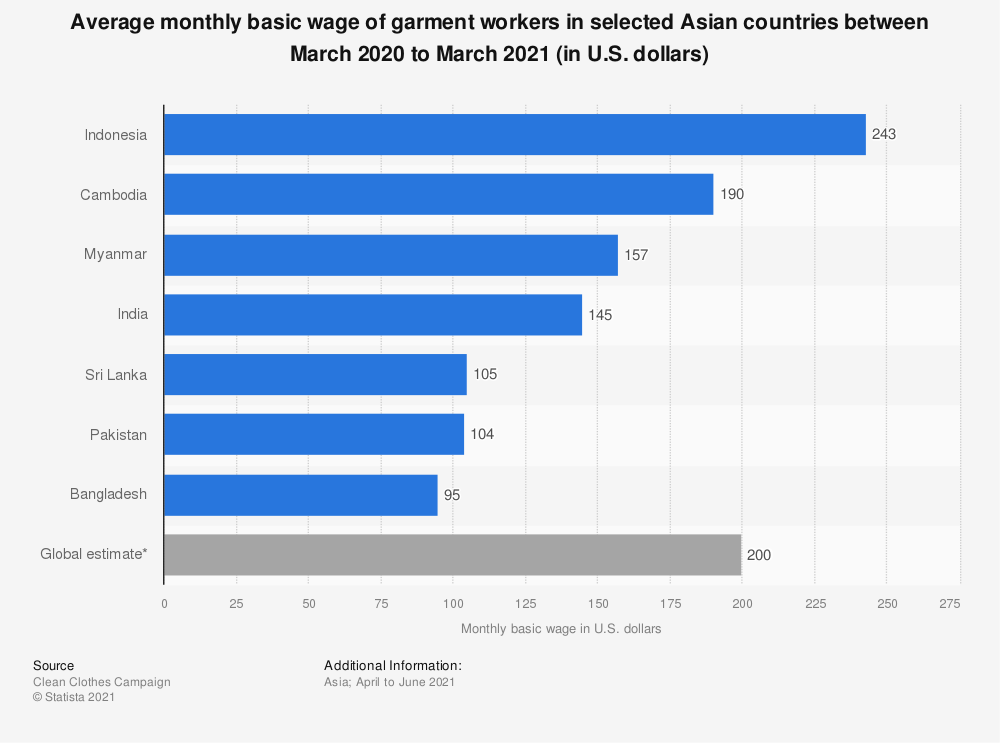 Yet, these striking numbers are not new. This 24 April marks the ninth anniversary of the Rana Plaza tragedy, when a building collapsed killing 1127 garment workers in Bangladesh.

After this disaster, the Accord on Fire and Building Safety in Bangladesh was signed in 2013 between global brands, retailers and trade unions and renewed in 2021.

After wages for garment workers rose in China in the past decade, jobs shifted to other countries with much lower wages like Bangladesh, India, Vietnam and the Philippines. The garment industry in Bangladesh now accounts for 80% of the country's exports.

But the Covid-19 pandemic brought attention back to the poor working conditions and salaries of garment workers.

According to a study by the Worker Rights Consortium, “garment workers’ labour and living conditions have severely worsened during the pandemic and workers are experiencing severe economic hardship and labour abuse”. 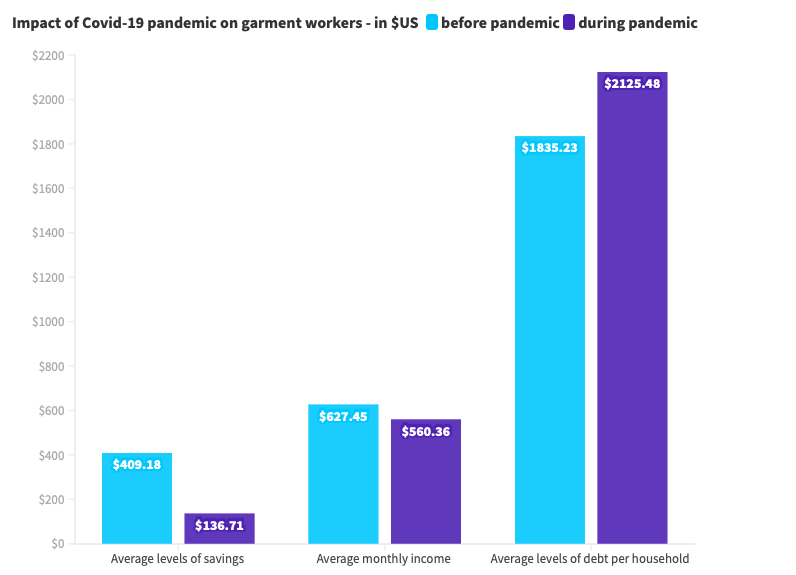 Figures: Worker Rights Consortium - Countries studied: Ethiopia, Honduras, India, and Myanmar
This is Dakha City, Bangladesh's capital, during lockdown. In Bangladesh alone, it is estimated that more than 70,000 people were laid off after clothing orders were cancelled or suspended due to the pandemic (source: BGMA). Photograph: Sazzad Bin Jafor (Unsplash)

Taskin Fahmina is a gender expert and researcher working for Odhikar, a non-profit organisation based in Bangladesh fighting for human rights.

“After Rana Plaza, there was a lot of international pressure so there have been some changes, for instance, on the outskirt of Dhaka City or in other areas with garment industries, facilities are now more developed. But actually, when you talk to the workers, the situation in terms of benefits for them has not really improved,” she said.

“Wages have increased a little too but their accommodation, their house, rent, the food, everything has increased, so it is not really helping them and the women are suffering.”

Fahmina added that in Bangladesh, female garment workers are often sexually harassed. “The environment is very much a male hierarchical situation and I think there is no complaint mechanism for women.” 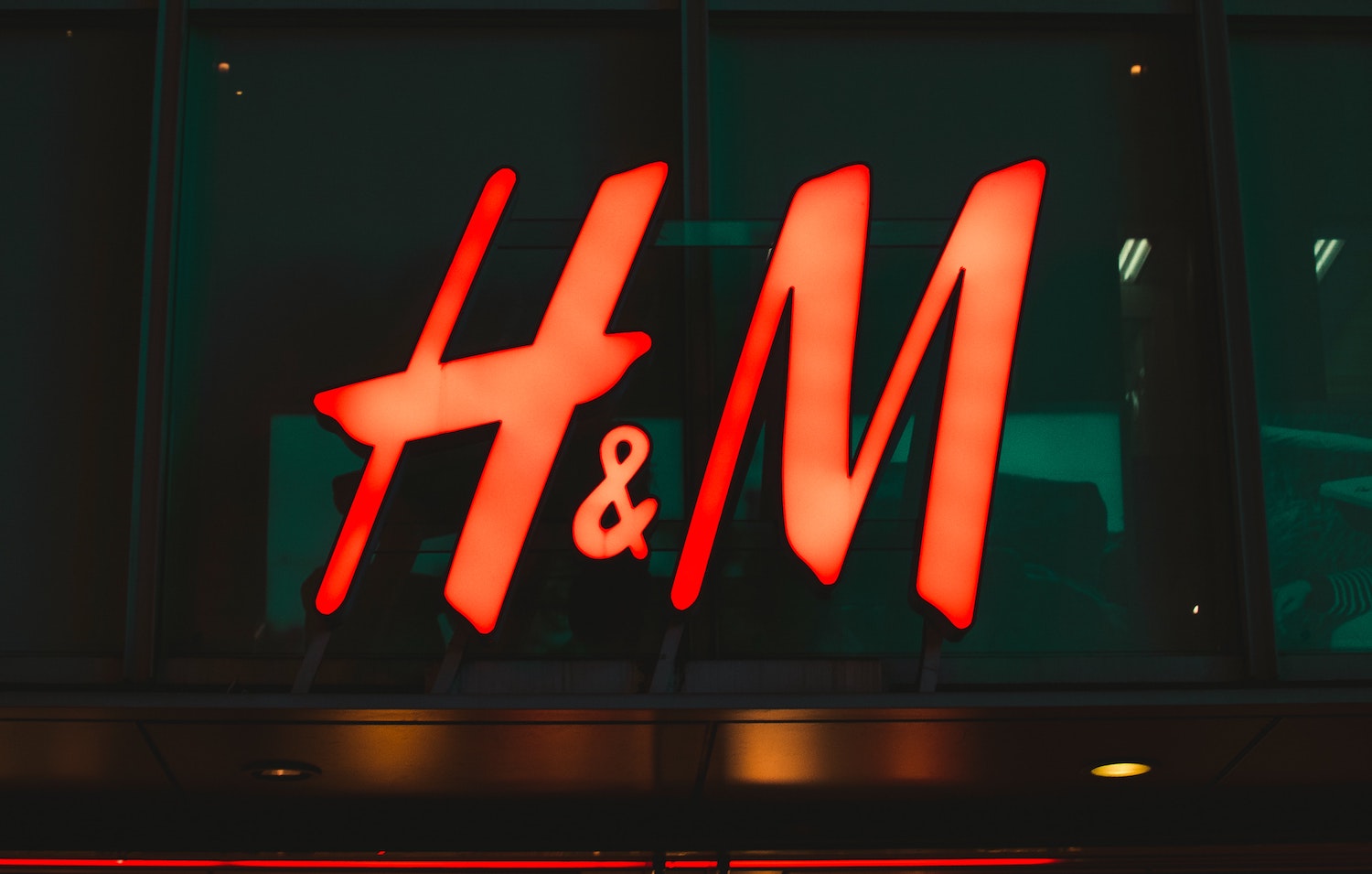 Photograph: Sei (Unsplash) Photograph: Claudio Schwarz (Unsplash)
Last year, after months of harassment, a Dalit woman working in a garment factory making clothes for H&M in India was murdered by her supervisor. This led to the signing of a landmark agreement to protect garment workers from sexual violence, supporting more than 5000 female garment workers.

Daniela Ortega works for Microfinance Opportunities and is the project lead of the “Garment Worker Diaries”. This initiative launched in 2016 is a direct channel of communication between garment workers in the global apparel supply chain and the world, aiming to make their voices heard.

Through this channel and their Instagram account, anyone can send a question to the garment workers they work with.

“We Need to give workers visibility, we want to make sure that people understand that they exist, that they're there, that they're behind our clothes. And that every time that you buy something for $5, OK, it's a $5 shirt. That's great, but that's not the real cost of that shirt. Someone's paying the price, and that's the worker who's there working all day.” 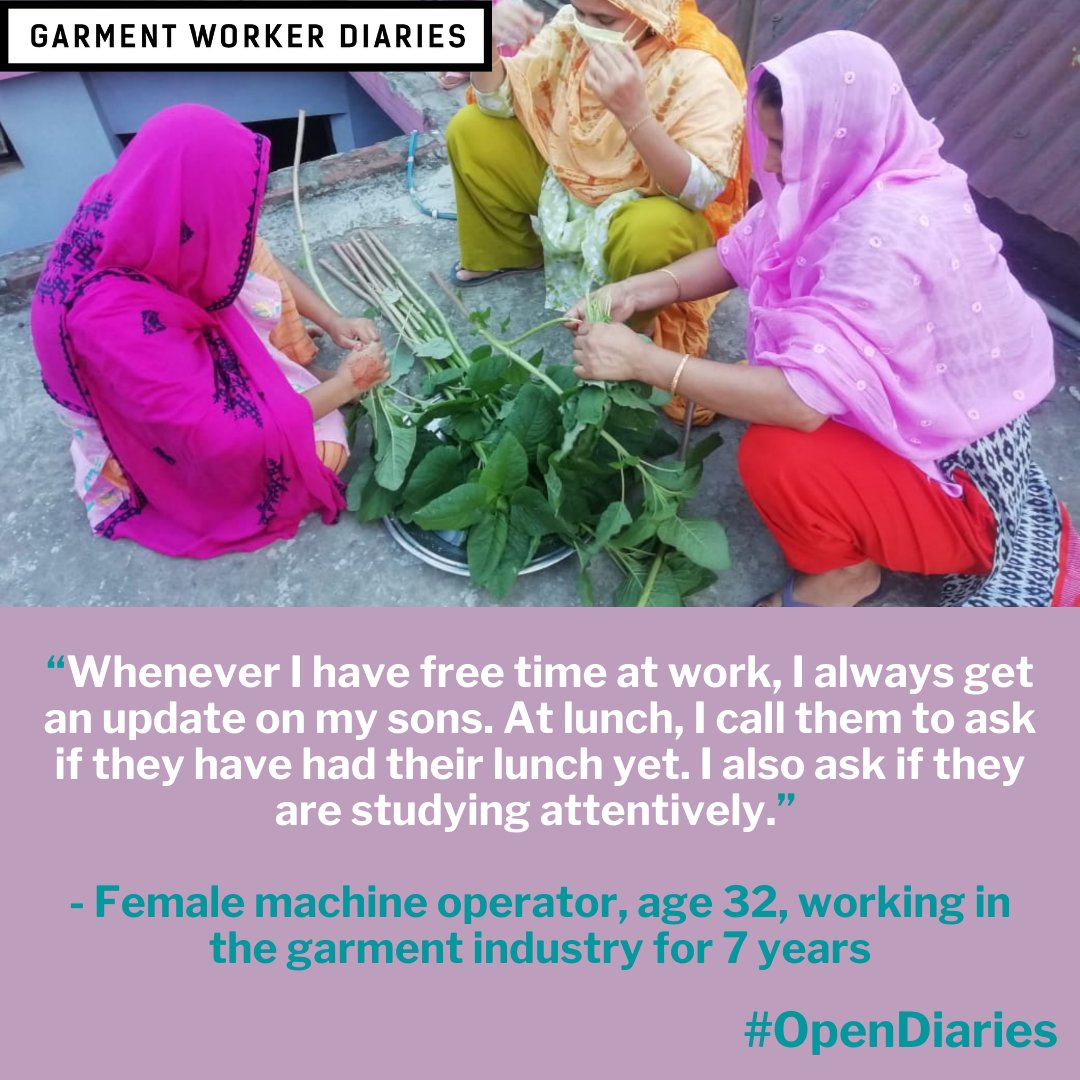 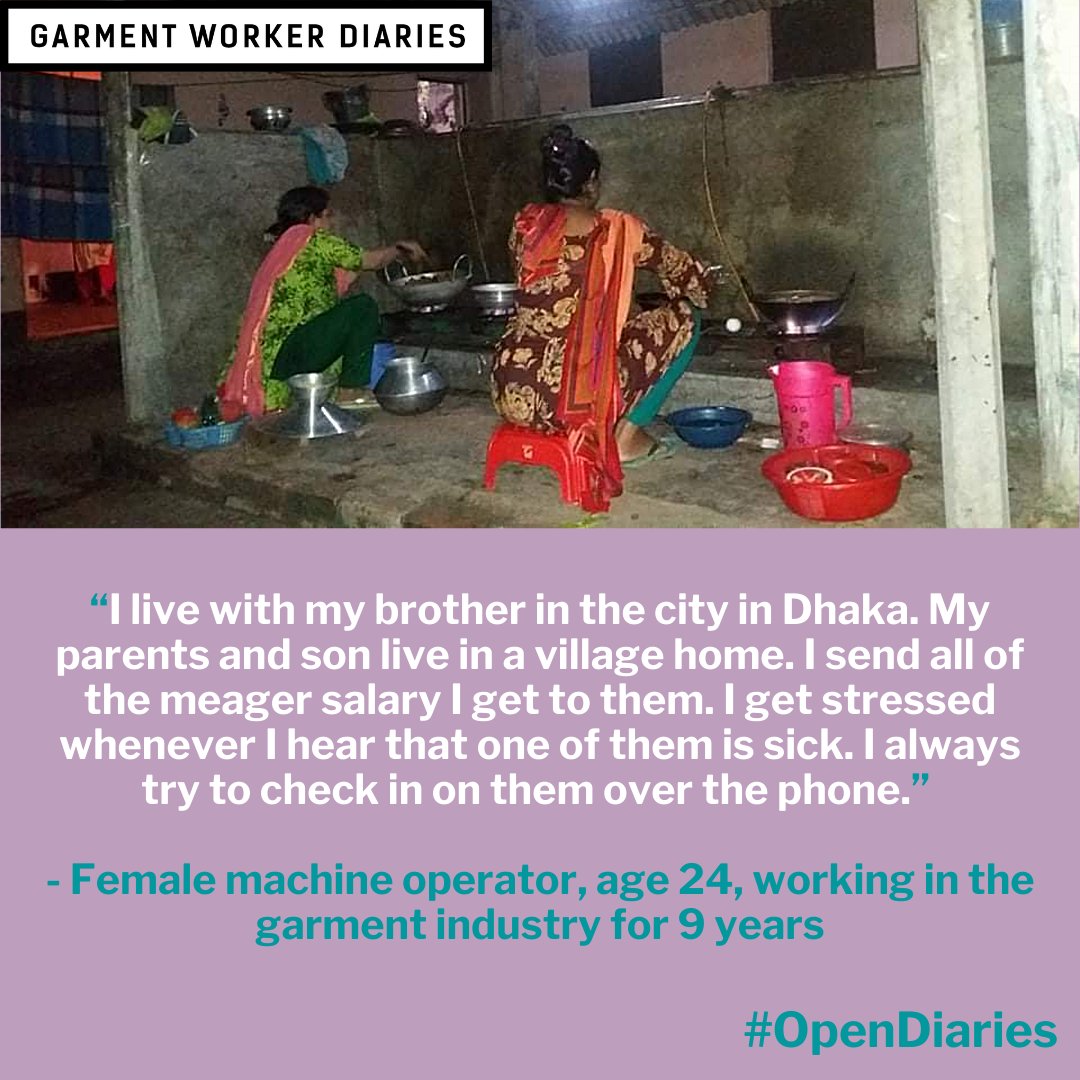 The EU remains the largest exporter of clothing and textile in the world.

On 30 March 2022, the European Commission announced a new plan to make the 'fast fashion' industry more sustainable and reduce its negative impact on climate change.

But many non-profit organisations and global movements like Fashion Revolution claim that this plan has left out workers and forgotten the social cost of the fashion industry.

This summer, Fashion Revolution and many of their partners including Clean Clothes Campaign will launch a new European Citizens Initiative, called Good Clothes, Fair Pay.

This campaign demands a living wage for the people who make our clothes. “A living wage is not a luxury. It is a fundamental human right,” said Maeve Galvin, Global Policy & Campaigns Director at Fashion Revolution at a conference on 20 April. 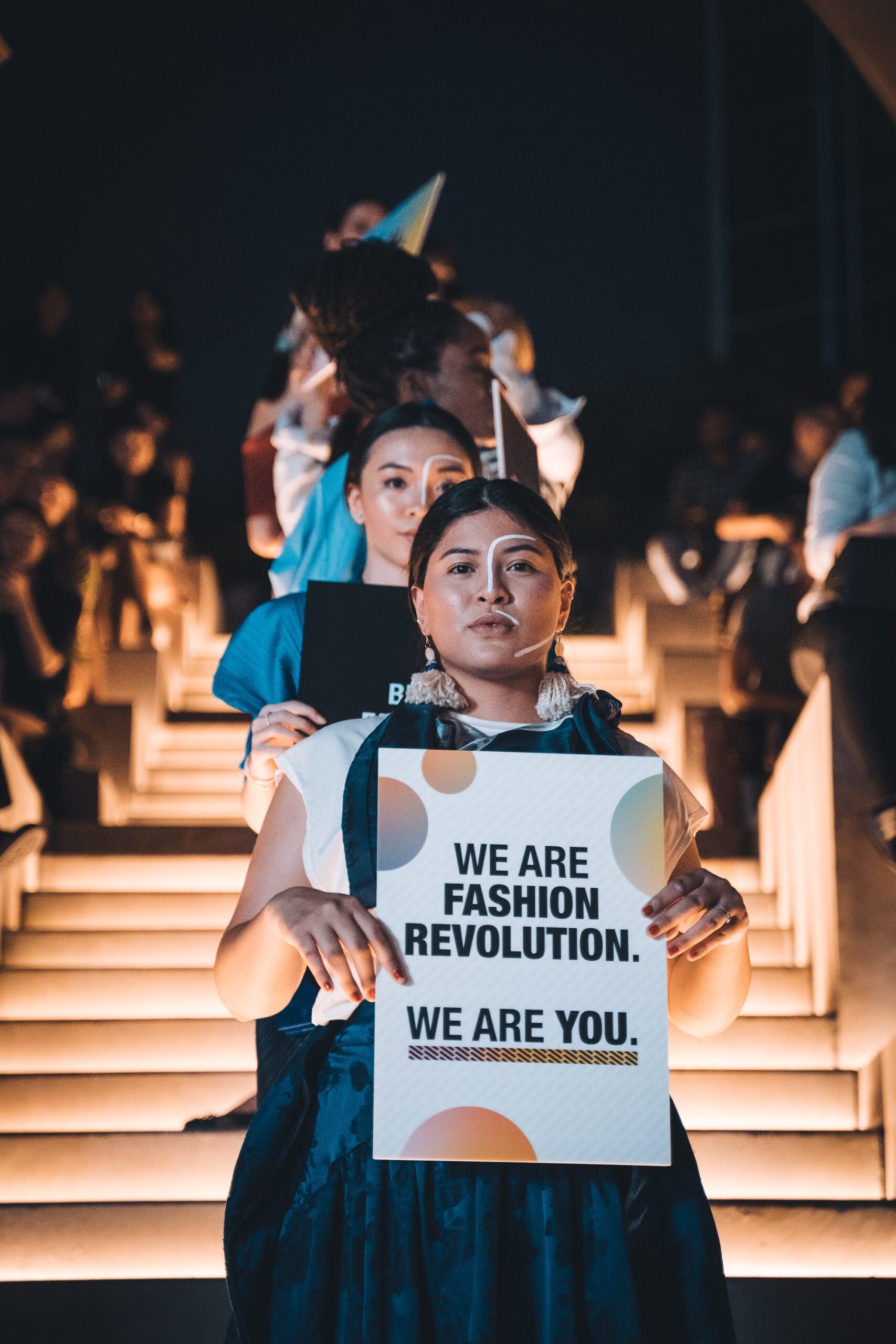 Who made your clothes? - Photograph: Francois Le Nguyen (Unsplash)

A living wage is not a luxury. It is a fundamental human right.

As Sheikh recalled, "If we could have provided a living wage for my father, I would have had access to basic human rights like clean water and nutritious food". "Take even $5 a day. That would still change the whole scenario of our experience instead of a $2.00 per day salary."

Following the French pioneer "duty of care" law passed in 2017, a major European Commission's proposal is now being discussed. It would require companies to implement measures to prevent human rights and environmental abuses by their subsidiaries, suppliers, and direct and indirect subcontractors. If they failed to do so, they could be held liable and required to provide compensation to those affected.

Nayla Ajaltouni is the coordinator of the French collective Ethique sur l’Etiquette (Ethical on the label) which also lobbied for this law. For her, "the real progress measure is this: Has the business model changed? Have fast fashion companies decided to stop overproduction at very low cost and poor quality? If we continue to produce clothes, even with more eco-friendly fabric, in the same quantities, in deplorable conditions, we won't make enough progress."