The coronavirus pandemic has halted most of production lines around the world, including the car industry.

Numbers show that compared to last year, car sales fell 44.4 percent. However, there is a sector of this business that has been thriving, electric vehicles (EV).

There are multiple factors behind the sudden popularity of electric vehicles. As a matter of fact, an all-electric future might be closer than we think.

What makes the difference between a dream car and a realistic purchase is usually related to the price range.

In this case, as it is reported by BloombergNEF, prices for battery packs are down 87 percent over the last decade.

This means that electric vehicles are now more affordable for the public. In fact, the battery is the costliest part of an electric car as it is explained by Carlos Larrea Leon, Electrical Engineer at the Bee Planet Factory.

Electric cars will start to be really competitive not only in the really expensive segment, but now also in the mid-class. In 2011, the cost of a battery was over 50 percent of the overall price, now it is at 30 percent.

Price isn’t the only reason why buyers were skeptical to own an electric vehicle. In fact, the lack of a proper infrastructure raised many eyebrows.

The idea of ending up stranded somewhere because it was rather hard to find a charging station did not facilitate purchases of EV.

However, that is changing thanks to new regulations and joint ventures that are planning to make trans-European travel for electric cars, the new norm.

The company has the goal to create more than 400 charging station across Europe by the end of 2020. They have built already 225.

It comes to no-one surprise that these giants of the auto industry decided to work together, as the costs of creating an infrastructure are very high, according to Leon.

The investments are incredibly high. If automakers want to sell electric cars, they need a really large charging infrastructure. It is impossible to create that by yourself, companies have to come together, to bring this kind of plan to reality.

This project is also helping to solve another inconvenience that buyers might have: long charging times.

This infrastructure will be equipped with 350kW high-power charging station. According to their data, electric cars will be charged in less than 20 minutes. Moreover, charging times will be as low as 8 minutes for a 100km.

Volkswagen is heavily investing in this joint venture because they are preparing to shift completely their production from petrol cars to only electric vehicles. The German automaker is planning to spend over $40 billion by 2022 in electric cars technology.

Their primary goal is to be able to produce 50 fully electric cars by 2050.

They aren’t alone, as other companies also have ambitious goals. Hyundai and Kia are planning to have 38 new all-electric models hit the market in the next 8 years. 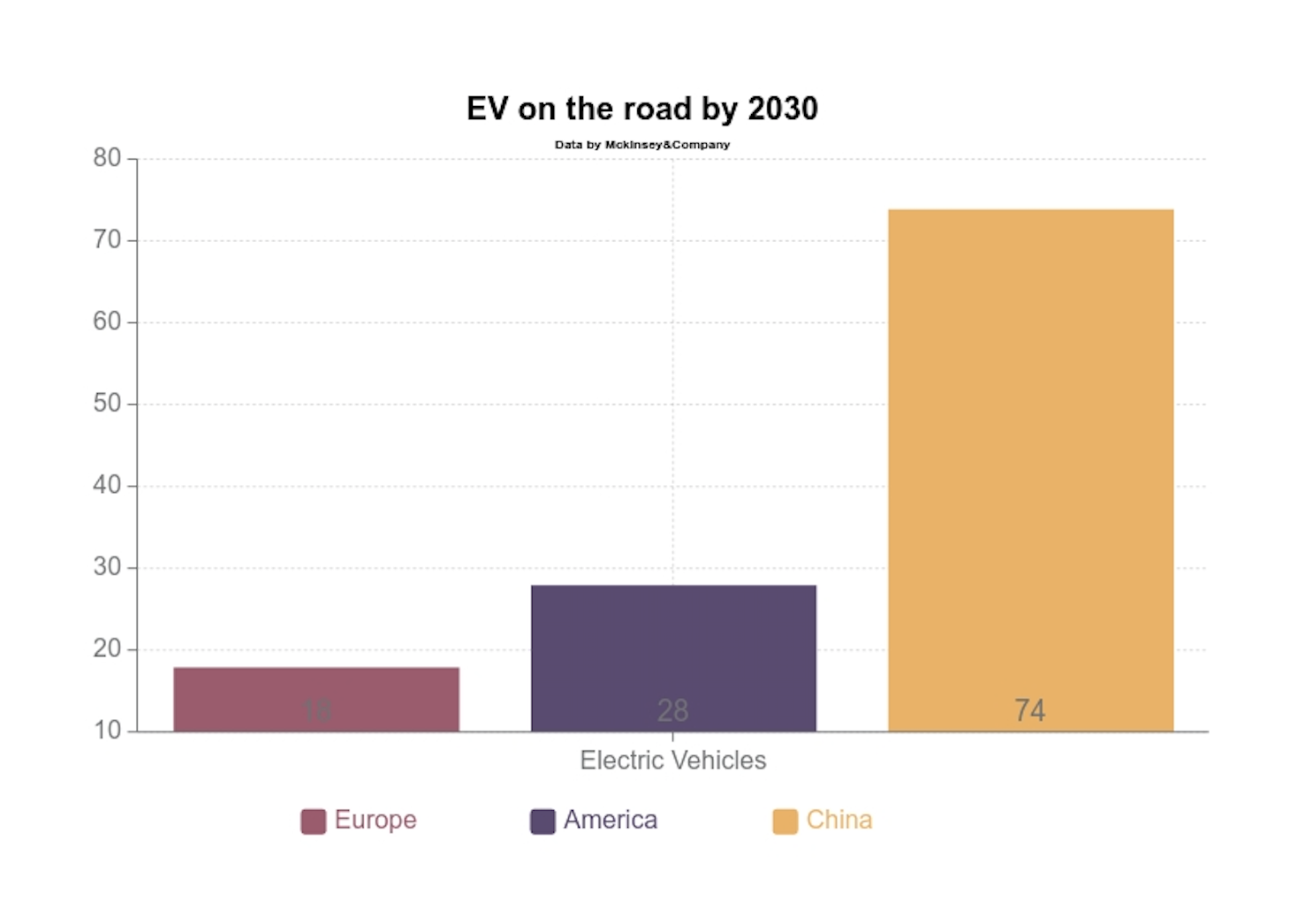 The shift will be very noticeable by 2025, as technology will keep progressing and more electric vehicles will be on the road, Larrea Leon said.

These automakers have made huge investments in the past for internal combustion technology and that is why it is very cheap for them to produce petrol or diesel engines. We need to get to that point with the batteries, in order to have a profitable market. I think that won’t happen till 2025.

Constructors are quickly changing their long-term strategies as they are trying to adapt to the governments’ new strict measures.

Among these countries there is also England, that has put a ban on sales of petrol and diesel vehicles by 2035. In order to reach zero greenhouse emissions by 2050, the Committee on Climate Change (CCC) has recommended that the market has to be 100% EV in the next 15 years.

However, there are other countries that have already taken stricter measures, such as China.

In the city of Shenzhen, in the south of China, the government put restrictions on the number of petrol cars sold each year. In order to be able to buy one, citizens have to enter a lottery system.

However, if people want to purchase an electric vehicle, they don’t have to wait in line. They can do it anytime and obtain a green license. For this reason, China has currently the biggest market share of electric vehicles.

According to Mckinsey & Company, more than 40 percent of EV production worldwide is in China.

Thanks to all these factors combined together with the advent of Chinese EV company in Europe, we could see the shift to an all-electric market quicker than we expect.