The woman who survived 3 dictators, a civil war and adopted 3 girls.

Wade through the mud, survive the biting chill of winter’s menace, wait to be dazzled by fireworks. Maybe this will be the night she shows up. This was always my on-loop thought processing on Guy Fawkes night.

I did not know then that her absence those nights were her shield of protection against a past ravaged by war.

At 5’7 with dark brown eyes that smile, transforming her pain and trauma into a living hope. Many know her as Evah, but I call her Mama. Mama was born on the 3rd of March 1975 when Idi Amin was President of Uganda. It was a time of great danger and turmoil in the country. This young girl she watched as her father was taken away by the President’s soldiers. 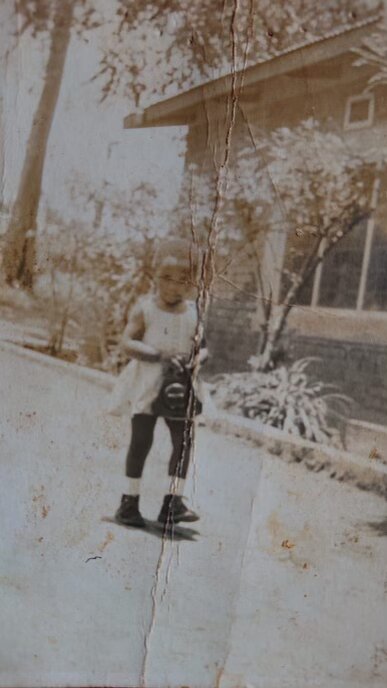 Mama getting ready for nursery.

“It's one of those things where one plus one equals two. When a person is frogmarched out you know they are not coming back. It just happened!. It is all I remember of him,” she says distraught.

The family never had a chance to grieve their loss. They were stuck in limbo with the knowledge that they will never see him again, would never have the chance to say “goodbye.” Their bruised family had to find the strength to move on.

Caught in the country’s tohubohu with two men vying for power – President Milton Obote and current Ugandan President Yoweri Museveni – my 10-year-old Mama was forced to hide in the bushes to escape the soldiers during the Luwero war, when her primary school was attacked. During their escape from the soldiers, she lost track of her group. 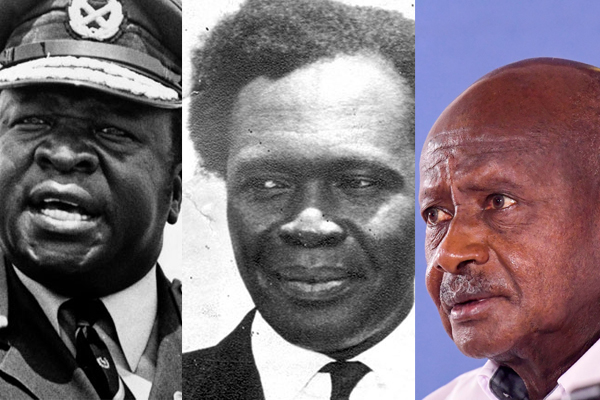 “I looked up and couldn’t see them. I walked from Luwero to Kampala, hiding in bushes and trying to stay off the roads.” After walking over 20 miles, she finally made it to a family friend’s house where she hid for 3 weeks. Her mother thought she was dead because she never arrived with the class group.

“It was a war. To hope I would see her again was foolish, but I hoped,” her mother recalls.

I remember Mama used to say her childhood was driven by fear of the unknown where, “gun shots were my lullaby, drowning out the rooster’s morning call.” Through it all she had her faith. She held on to faith.

Many say my Mama never talked about a wedding, a husband, no semblance of a romantic future. At 28 years, single and living in Scotland she chose to adopt three girls. I have always asked why? She always mischievously replies, “why not?” Over the years I came to realise that she lives by “why not?” If one can leave this world a little better than they found it, then why not try? Why not do it? Why not?

We are now a family of nine. Mama and Papa with six girls and one boy.

“I knew she was the one. She never made it easy. Your mom can be very stubborn.” Papa pauses as he tilts his head to the side and continues to say, “mind you, her weakness is also a strength. Despite the naysayers, the incendiary comments, nothing was going to stop her adopting.” Papa swallows audibly, overcome by memories. He runs his hands up and down his face and says, “my wife has always had a soft heart and thick skin, but it wasn’t easy watching her trying to process all the belittling comments.” 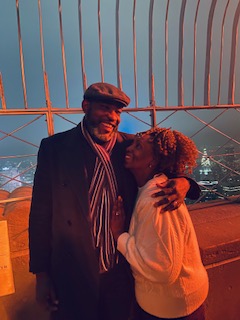 In another park over 2000 miles away from Scotland, wading through a sea of people, waiting to be dazzled by fireworks as Disney Florida celebrates 50 years, she is with us. I am worried to see how Mama will react to something so beautiful that reminds her of such painful times, but as I look at her face I see a radiance of peace, an unspeakable joy as her eyes smile. She is healing.

So maybe Evah Penelope Mirembe-Korsah never knew peace in those early years of her life, but she sought to re-write it into the lives of three Black girls, to make this world a little better for them. It was always in her and with her. In English, her name Mirembe translates to Peace.

Winston Churchill once referred to Uganda as the pearl of Africa. Churchill spoke of the country’s magnificent beauty and went on to say, “words are not enough to describe it, but you need to see the country yourself.”

The woman who survived 3 dictators, a civil war and adopted 3 girls, is a woman of magnificent beauty. Words are not enough to describe her; you have to meet her yourself.

Some call her Evah. I call her Mama. We all call her our family pearl. She made us a family when she adopted me.