“I want to die, let me die in peace, I’m dying, I can’t take it anymore.” This is something Terrie Laplante-Beauchamp would hear from several residents at the Centre d’hébergement de LaSalle.

The Montreal long-term care home is hit by the coronavirus and now counts 109 confirmed cases. The 32-year-old master’s student volunteered there to help as an orderly. What she witnessed is hard to describe.

“Patients who require full help when eating often can’t finish their meals, because orderlies run out of time,” she wrote in a diary of her three days of work.

“Most are dehydrated because orderlies have little or no time to dispense water or juice during their shift. The residents have greasy hair, their nails are dirty and long, their clothes are soiled and reused daily.”

She would go back home late at night, exhausted. Some residents she spoke to would die the same day or the day after. Other were lying in their bed, their family watching from the window because they are not allowed inside in order to prevent contamination.

A lot of them got depressed and deteriorated because of forced isolation.

This situation is happening in long-term care homes. While hospitals are in control and can manage the COVID-19 patients’ flow, care homes are the main front line.

April 21, 79.2 per cent of Quebec’s deaths came from long-term health centres and private senior’s residences. They died in their room or at the hospital. Not like other countries, Quebec is “meticulously counting COVID-19 related deaths outside hospitals,” felt obliged to say in a press conference Horacio Arruda, Quebec's public health director.

In one of his daily press conferences, Quebec premier offered a mea culpa. He said he has lingered on the fact that "we didn't better care for the elderly, the most vulnerable." The Health Minister also called the current situation in care homes a "humanitarian crisis."

How did the province get there?

Nurses and orderlies reported a lack of personal protective equipment and movements between infected and uninfected residents' rooms and floors. They also moved between care homes. In some instances, they also noted no plan of action to mitigate transmission.

“The orderlies are overwhelmed; there are too few of them. Hygiene procedures are getting out of hand,” said Marie-Michelle Funk, who volunteered in a care home in Laval, just outside Montreal.

I'm traumatized, I can't believe this is happening here in Quebec. 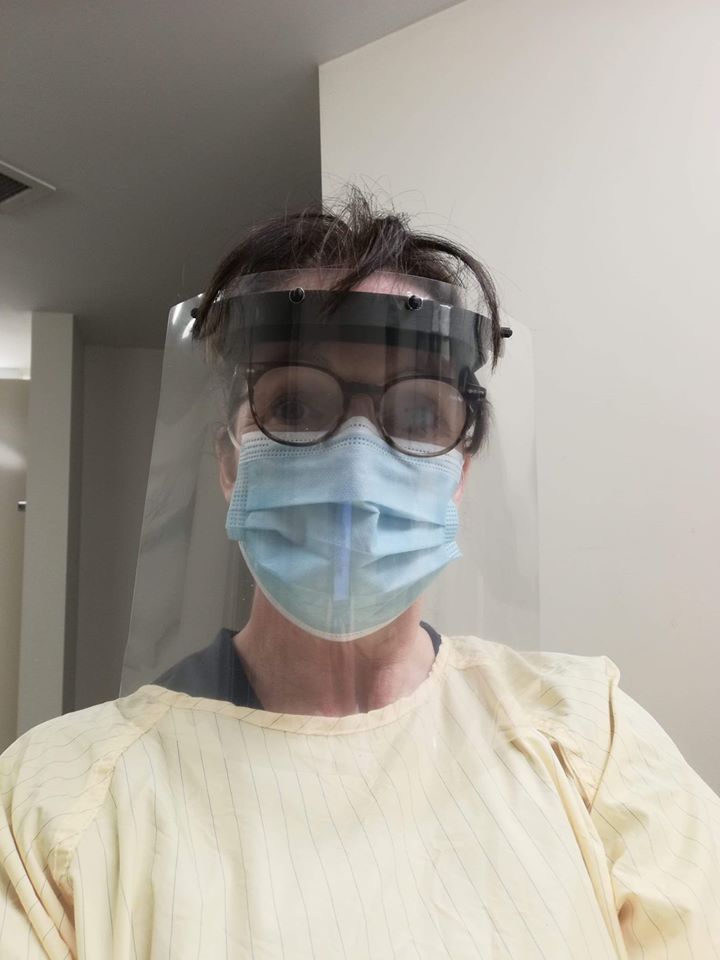 Others said that when such guidelines existed, staff were not always applying them correctly. Some had to work even if showing symptoms because of a worker's shortfall.

The issue is becoming a central preoccupation in the country. Justin Trudeau, the Canadian prime minister, said mid-April that the number of deceases had exceeded prevision because of unexpected outbreaks in the facilities of two provinces, Quebec and Ontario.

In an update shared April 22, Canada counted confirmed 39 803 cases and 1 966 deaths. 1 134 of the latter happened in Quebec, its second-most populous province and the centre of the country's pandemic.

At the beginning of the outbreak, Quebec feared the traumatic events witnessed in Italy's hospitals and was eager to "flatten the curve."

In March, with around ten confirmed cases, the province closed schools, bars and restaurants. It imposed drastic social distancing measures enforced by police forces issuing fines. The authorities also shut down all non-essential activities and restricted access to specific regions.

The focus was to prevent overwhelmed hospitals. Official projections scheduled the peak around April 18 and, for now, the measures worked.

But as weeks went on, care homes started to struggle with rising cases and deaths. In Canada's most affected city, Montreal, 75 per cent of long-term health centres are infected, said health officials.

All in all, on the 3 600 residences the province counts, 80 are in a critical situation, said the prime minister.

Residents' deaths are not the only issue. In the last weeks, many poorly-paid health workers got sick and forced into self-isolation.

Staff ran away, some resigned or didn’t show up and were not being replaced, also said to me a union source. They were afraid of catching the virus and spread it to their family.

Quebec Prime Minister said there is a shortfall of 2 000 full-time health-care workers in care homes, exacerbating the staffing problems that already existed. Consequently, some residents are not properly being taken care of.

The province asked the federal government last week for the assistance of 125 medically-trained members of the Canadian Armed Forces in the care homes. One week later, the prime minister asked for a thousand more.

A call-out has also gone out to 2 000 of the most highly trained doctors in Quebec, a contested decision. Medical specialists such as surgeons have less to do since the province cancelled elective surgeries to free up hospital beds for COVID-19 patients.

Students, nurses and other doctors are also helping.

The concern is global. Outbreaks in care homes are also happening in the United States, Britain, Spain, Italy and France. Older people are especially vulnerable to the virus. But once the crisis fades down, some thoughts will be given if the authorities failed to provide them adequate medical care.