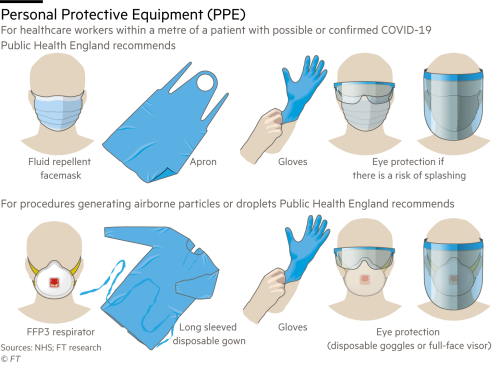 Secretary of State for Health and Social care, Matt Hancock told the House of Common, “Our policy is to fight this virus with everything we’ve got.” He also warned the House; “the cases are doubling every five days and this is a marathon not a sprint.”

On the 12th of March, Boris Johnson delivered the government’s coronavirus action plan under the new ‘delay phase.’

“We are now getting onto the next phase,” Johnson said. “This is now not just an attempt to contain the disease as far as possible, but to delay its spread.”

The Prime Minister, Boris Johnson, also said: “We have all got to be clear, this is the worst public health crisis for a generation. Some people compare it to seasonal flu. Alas, that is not right. Due to the lack of immunity this disease is more dangerous.”

The U.K.’s strategy for combating COVID-19 was muddled. This led to delays in purchasing essential equipment and tests, mixed messages about public health practices, and a lag behind its neighbours in implementing social distancing and other restrictions. That likely allowed the virus to spread fast and undetected.

The new leader of the opposition Sir Keir Starmer pledged to engage “constructively” with the government, but accused ministers for being too slow at explaining why the UK is ‘so far behind’ on testing.

He also called for “blockages in the system” which are delaying the delivery of protective equipment (PPE) to front-line workers to be “addressed quickly.”

The PPE and tests kits remains a major controversial issue in the UK. At the beginning of April, Health secretary, Matt Hancock promised 100,000 daily coronavirus tests in England by the end of April, amid mounting public criticism of delays. He told COVID-19 press conference at 10 Downing Street; “100,000 daily coronavirus tests are the goal and I am determined that we will get there.”

With only less than ten days left to the end of April, it is still difficult to see how the government will achieve this target. They are currently testing less than 40 000 a day.

NHS lab staff and biomedical scientists talk of intense frustration, saying they have the labs ready but cannot get the materials, which include test kits, reagents and plastics such as small tubes and pipettes.

They issued a statement; “On behalf of the biomedical scientists and laboratory staff of the NHS, the Institute of Biomedical Science (IBMS) wants to express the frustration of our members and clarify that we are testing to the limit of our materials and that we are ready to increase capacity – but only if we are given what we need,”

The PPE had been on the centre of controversy as those on the front-line are saying they don’t have enough.

The British Medical Association has warned that PPE supplies in two large areas of England are running at ‘dangerously low levels, and that some pieces of equipment are no longer available.’

On Friday, the doctors’ union said it had learnt that current PPE supplies in London and Yorkshire were not sufficient to deal with the Covid-19 outbreak.

The major problems they are citing include:

Currently, a significant number of doctors are still without the equipment they need to protect themselves against Covid-19 despite continued promises from the Government that supply issues are being addressed.

According to a survey by the British Medical Association, more than 6,000 doctors from across the UK responded, doctors working in the most high-risk areas do not have the right personal protective equipment (PPE), with adequate supply of gowns and eye protection highlighted as particular problems.

Although the UK government had enough time to prepare they did not do so. They underestimated the severity of COVID-19. They chose to ignore the key message of WHO, which simply emphasise more testing.  They Knew that coronavirus was not a sprint but a marathon. It will be with us for long time. More equipment would be needed but they failed on that one too.