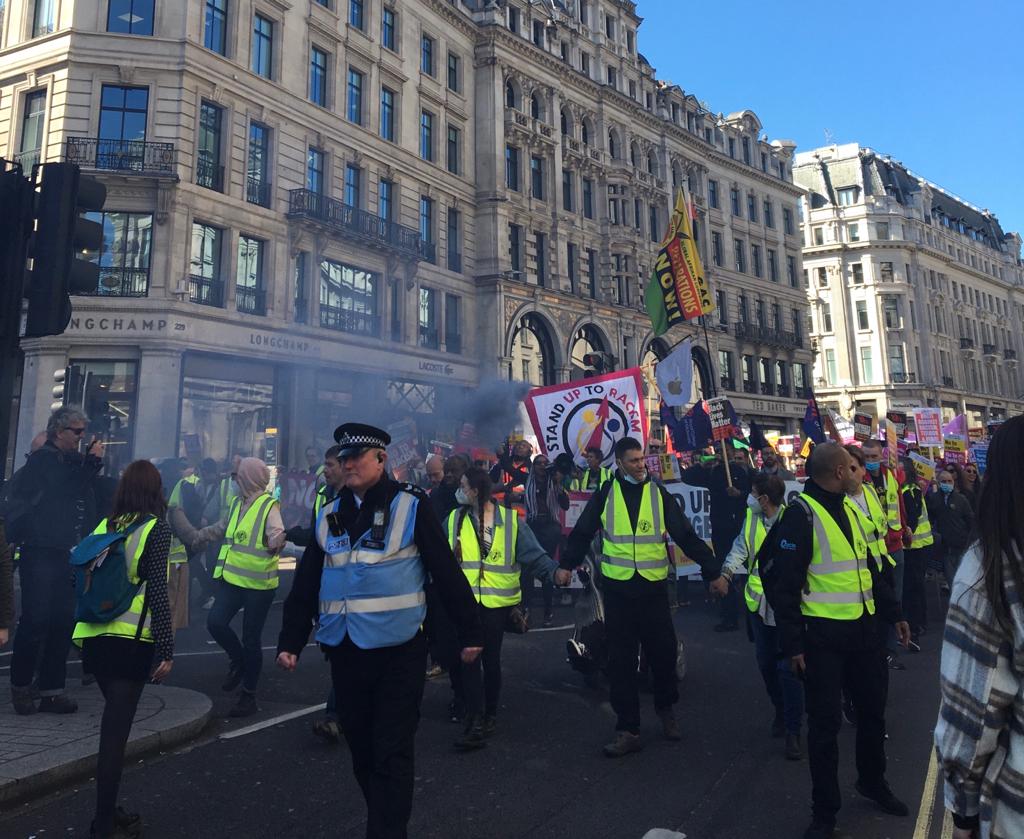 LONDON- On Saturday 19th March, thousands of protestors marched from Oxford Street to Parliament Square to oppose racism and also to support refugees.

The protest, organised by Stand up to Racism and the Trade Unions Congress, marked the United Nation’s Anti-Racism day. Parallel demonstrations also occurred in Glasgow and Cardiff, as well as worldwide.

Different groups came together from all over England, including Refugees Welcome, Black Lives Matter, Stop the War and climate activists.

The protestors chanted: “Say it loud, say it clear, refugees are welcome here”, whilst placards opposing the government and the Nationality and Borders bill were also prevalent.

“We are marching against racism and for refugees and we are here with friends from Kurdistan, Iraq and Iran,” said Linda, a 42-year-old who travelled from Eastbourne to rally the government for better treatment of refugees.

Anushka, a 54-year-old Ukrainian from London, was protesting against the governments slow response to those fleeing the war.

“It’s a disgrace,” she said. “Ukraine is being bombed and children are being killed. They should open the borders and give everyone shelter.”

Likewise, there were concerns about racial discrimination of refugees. “The colour of people’s skin should not define their treatment,” said Sarah, a 22-year-old from Leeds.

“What we hope is that the powers that be see that a lot of us are making these demands. We won’t be going anywhere,” she added.

The protest reached Westminster where key speakers addressed the crowd, including Labour MP Diane Abbott. It ended peacefully around 3.30pm as many returned to their home cities.

A day of protest…

Meanwhile, it was a day of action in London as another protest was taking place outside the Ministry of Defence. People held Ukrainian flags and called for a boycott of Russia.