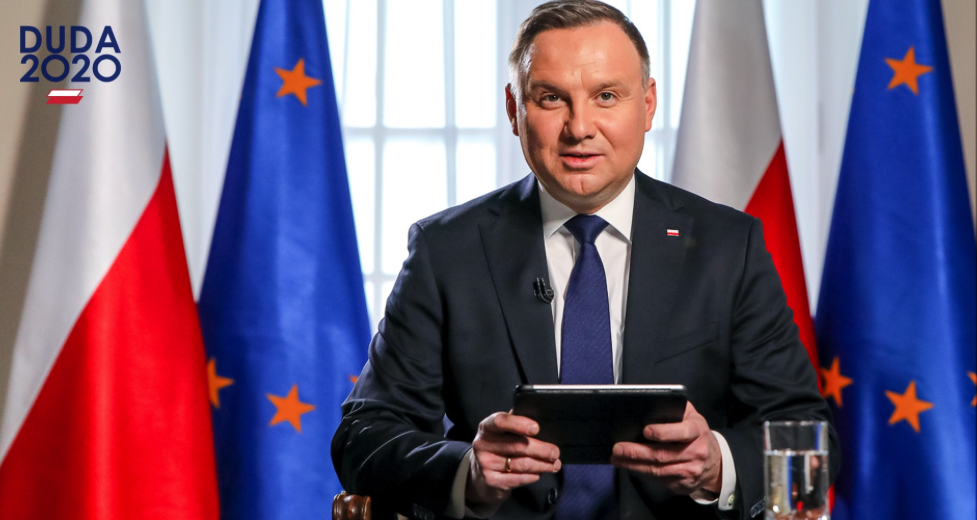 Poland presidential election is less than three weeks away. And although this election is important as it will determine whether the rule of nationalist Law and Justice (PiS) will be consolidated for at least three most years, or whether the distribution of power in Polish politics will shift a bit, or maybe even turn upside down it is also dangerous.

The Polish government decided to hold a presidential election in May, despite a constantly growing number of coronavirus cases. Although this ruling was said to be unfair, undemocratic, and potentially dangerous by the opposition Poland’s lawmakers have voted to ensure that presidential election scheduled for May 10th will go ahead. PiS managed to push measures through the lower house for a poll conducted only by postal vote.

How will Poland presidential election work and what others think?

There will be no physical polling stations. Instead, all ballots will be delivered by Polish postal service. Each person will drop their vote in a special box in their local area, and the votes will be sent for counting. The opposition fears that this will unfairly boost the re-election hopes of current President Andrzej Duda. The opposition is also worried that voting conducted in such a way could be easily tempered. Another issue is that postal service cannot organise such a massive logistical effort in a matter of days. As for now, Poland has six major candidates, but only two of them are considered as someone who can actually win.

Current president Andrzej Duda, Civic Coalition candidate, Malgorzata Kidawa-Blonska, head of PSL party Wlasyslaw Kosiniak-Kamysz, confederation candidate Krzysztof Bosak, far-left candidate Robert Biedron and a former TV entertainer Szymon Holownia. Andrzej Duda’s goal is to win in the first round, and Malgorzata Kidawa-Blonska’s goal is to enter a potential second round of voting. The other opponents do not have big chances of winning. All they can do is take away votes form Mr. Duda in the first round and therefore allow for the second round. The opposition hopes that the second round of presidential elections will become a plebiscite in which Poles will vote against Law and Justice government. Why? Because Poles are generally unhappy with the way the ruling party clashed with the EU and over its reforms on Poland’s judiciary and its stance on gay rights.

Despite all of this, Mr. Duda is way ahead in the polls. His opponents say he benefits from regular coverage on state television and because the government reacted so quickly in regards to coronavirus. Poland was one of the first countries to close its borders and airspace.

Andrzej Duda – 65% in the first round

The survey was conducted between April 2 -12. At that time, the coronavirus attacked more and more boldly. On April 2, according to official data of the Ministry of Health, there were 2,946 infected, 57 people died of coronavirus. On 12 April, there were 6674 infected, and 232 people died.

Should we elect a president on May 10? As many as three-quarters of respondents do not want to bother with choices. Just 11% estimates that presidential elections should be held in May. 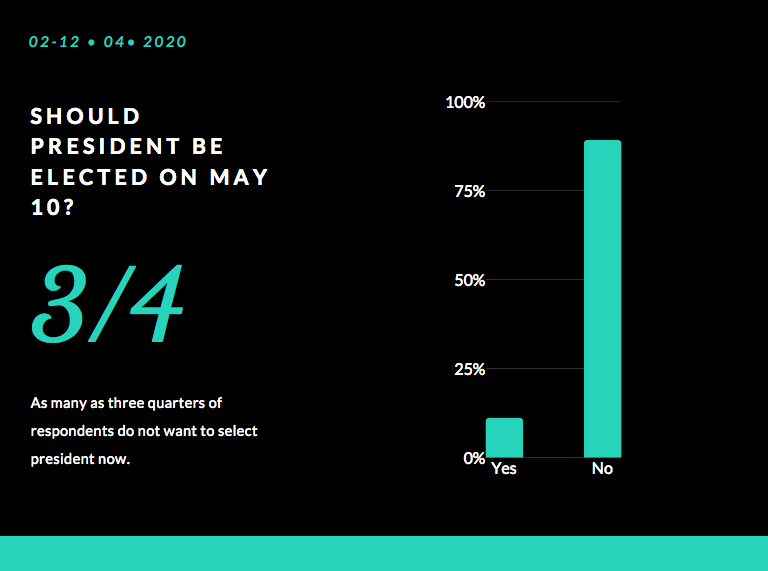 There are huge differences between the electorates of Duda and his rivals.

Those who now would like to support Malgorzata Kidawa-Blonska, Szymon Holownia, Władysław Kosiniak-Kamysz, Krzysztof Bosak or Robert Biedroń, in 90% they say it’s not time for elections.

Among the supporters of Duda, this percentage is two times lower – 48%. But here are the opponents of the May election – 28%.

Who will want to vote? First of all, Duda’s supporters – 59%

The situation would change radically if the Poland presidential election were postponed after the pandemic. Then as much as 86% would like to vote. And this time there are no differences between the electorates of Duda and his rivals. Mobilization would then be huge, around 90%.

* Statistics came from European Council on Foreign Relations. They were conducted between 2-12 April 2020. 1557 people were asked.