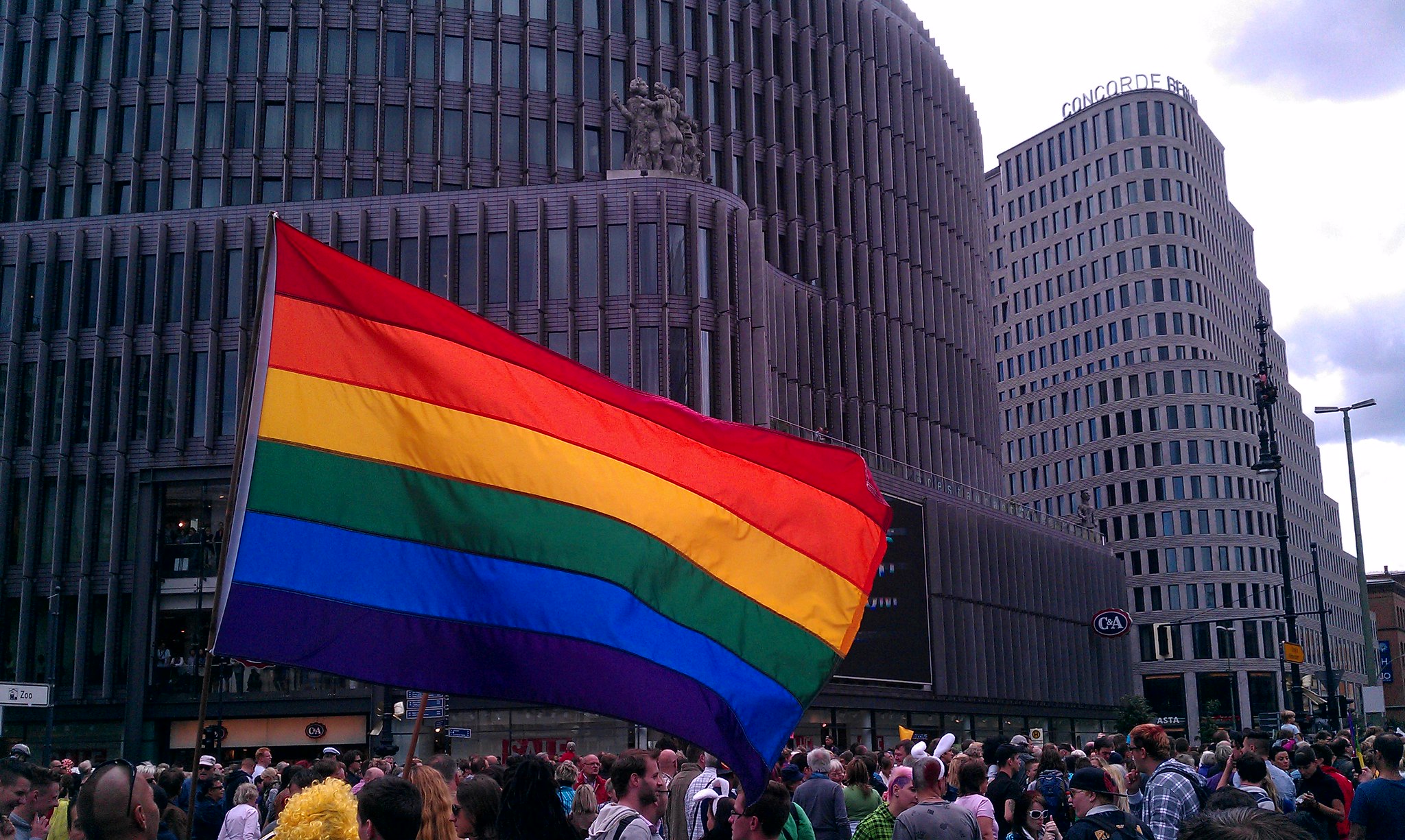 In many parts of the world, companies now embrace Pride with lucrative sponsorships and supportive social media campaigns. But does ‘pinkwashing’ come at a cost? Berlin is a city where some people are trying to do things differently.

Olympia Bukkakis doesn’t want to be known as an alternative drag queen. “I kind of cringe every time I use the word ‘alternative’ as it re-inscribes this same relationship, that there is the ‘real’ thing and then the alternative to it, and it also sounds a little bit adolescent – ‘I’m not like the other drag queens mum’ kind of thing… And so now I call it experimental drag.”

In Berlin’s thriving LGBT+ scene, the split between the ‘real thing’ and the ‘alternative’ is one which comes into particular focus during Pride season. Like in many other big cities around the world, there is a real debate within queer communities about how to celebrate Pride. Should an event borne out of the Stonewall Riots in New York continue to consist of large parades with corporate sponsors? Or is something more political required?

There are no straightforward answers to these questions. In Berlin, the Christopher Street Day (CSD) Parade is now a huge parade which takes place on an industrial scale. Whilst it was unable to go ahead last year due to the Covid-19 pandemic, in 2019 the event attracted one million people. To put this in perspective, the first CSD in 1979 had just 400 attendees.

Some would argue that this explosion in Pride’s popularity is self-evidently a good thing. As an indicator of how social attitudes towards the LGBT+ community have progressed over the last few decades, it’s unambiguous. But this increased popularity has been accompanied by corporate sponsors looking to cash in on the so-called ‘pink pound’. Pride now represents a financial opportunity for companies – and some LGBT+ people take the view that welcoming this money in will lead to more diluted queer politics.

According to Jan Noll, the Editor-in-Chief of Berlin’s queer magazine Siegessäule, this isn’t a new phenomenon in the German capital. “So, for the last twenty years or so, there has been an alternative Pride in Kreuzberg, and there has always been this division between the big commercial Pride, and the smaller but lefty, radical queer Pride.”

In 2019, the last time that both were able to go ahead, Deutsche Bank was among the sponsors of the CSD Parade. Noll thinks the involvement of these big companies came at a cost: “It makes a lot of people feel like pride has been kind of hijacked… I even saw pride sandwiches and stuff, and this is kind of bizarre,” he says. “There are companies who are okay, but I think most of them are just doing business with LGBT rights, and they don’t care.”

For those wanting a more radical Pride, the question of how to go about making the event more political can be tricky. Manuela Kay, a Berlin-based journalist and writer, organised the city’s first ever ‘Dyke* March’ in 2013 after taking inspiration from similar marches taking place in New York and San Francisco. The March is a huge success story, and now takes place in multiple cities across Germany.

But Manuela says that finding consensus across different queer communities in a city like Berlin is difficult. “It seems like even if you have one room full of LGBT+ people, you have like 20 political groups and 30 different opinions, it seems to be impossible,” she says. “And all the alternative pride marches we had, some of them being quite successful, they stopped after a couple of years because the organisers fought with each other and political issues seemed to be almost unsolvable.”

In 2019, these tensions came to a head during the alternative ‘Radical Queer March’. A group of marchers joined the event with banners bearing slogans supportive of Palestine, as well as the Boycott, Divestment and Sanctions (BDS) movement against the Israeli government. During the march, the event’s organisers called the police on the group, a move which provoked outcry from many of the participants involved.

These kinds of arguments make clear how to talk of one homogenous ‘queer community’ can be unhelpfully reductive. Whilst more corporate Pride events can eschew politics in favour of a more inoffensive ‘party’ atmosphere, the alternative marches are about embracing difference – even if this can spill over into conflict.

When I visited Berlin’s Schwules Museum in 2019, Chris Paxton showed me round an exhibition entitled ‘From Riot to Respectability’, curated to mark the 50th anniversary of the Stonewall Riots. He sees the alternative side of Pride as the continuation of an important tradition: “Alternative marches have been trying to maintain a momentum of remembering Stonewall as a riot or a form of protest, and perhaps as a result are generally characterized by more queer-feminist political perspectives which sometimes are met with resistance, even from within the LGBTQIA+ community itself.”

The title of the exhibition reflects the exact dilemma which many of the people I spoke to were grappling with. Does respectability come at the cost of radicalism? As we emerge from the coronavirus pandemic, this is a question which will need to be answered all over again.