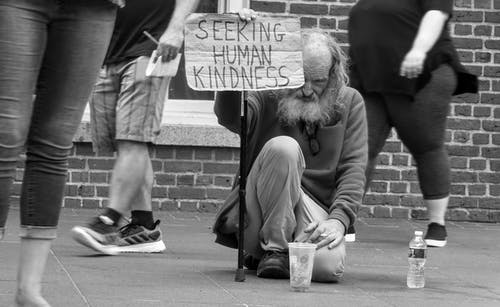 A third national lockdown is currently in place in the United Kingdom, and homeless people are once again at risk.

From March on homeless people were able to benefit from the “Everyone in” housing policy. The policy was introduced to accommodate people indoors during the pandemic. In the open, with unlikely access to PPE, rough sleepers were at high risk of catching the virus. Therefore, the government decided to resort to empty hotels and other accommodations to host them.

Since May, however, the housing policy has lost strength. Mayor of London Sadiq Khan has been reminding the government that the pandemic could be a “black swan” opportunity to help homeless people.

“The power is in their [the ministers] hands, with the pandemic presenting a rare and unique opportunity to act. It’s now up to them to decide if they wish to seize or squander it,” he said.

However, according to Khan, the government has not sufficiently extended funds in the ensuing months to keep up with the goal of “keeping people off the streets for good”.

As Polly Neate, chief executive of the charity Shelter points out, “you cannot follow the order to stay at home if you don’t have one”. The government has imposed the new lockdown to fight a new, more transmissible variant of Covid-19. Yet now the enemy of the homeless is not only the virus but also the cold weather. With an estimated 700 rough sleepers on a regular night in London, significant new policy measures are required.

Charities such as Crisis and Shelter have responded positively to the government announcement of additional protections for homeless people. The Communities Secretary Robert Jenrick has disclosed an additional £10 million funding to protect rough sleepers. Jenrick has also unveiled the government’s decision to stop bailiffs from physically evicting people until mid February.

However, if the transmissibility of the virus is higher so is the risk for people on the street. A reappraisal of the “Everyone in” policy is now needed more than ever.