At WeWork, the global real-estate start-up, things are fast and loose and anything goes. At least that’s the way things were. Previously in the rare league of start-up ‘unicorns’, the larger-than-life WeWork founding CEO is now gone, a much-anticipated IPO has been abandoned, and a new corner-office incumbent is in town salvaging the pieces.

There were failed valuation forecasts, wasteful expenditure and employees pandering to a demigod. But WeWork had and continues to have a strong basis for operating. The world of work is evolving. And in an increasingly gig economy where traditional industries are dying – how, where and when people work is shifting irrevocably. Flexible work spaces support this change. 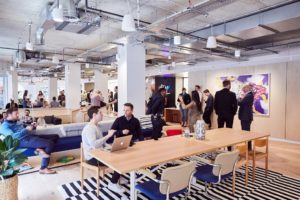 In London, where WeWork controls most square com mercial real estate (with the exception of the UK government), the market is buoyant, competitive and expanding at a rapid rate. One new-comer to the industry is carving a particular niche. And in a time where work-life balance is evolving to whole-life integration, they are in it for the long haul with a unique proposition.

Charlie Rosier comes across as a woman at ease with juggling multiple balls in the air. Confident and forthright, it quickly becomes clear that Cuckooz Nest, an early stage real-estate start-up, reflects her values. But in the aftermath of the failings at WeWork, how viable are prospects for new entrants in this sector? 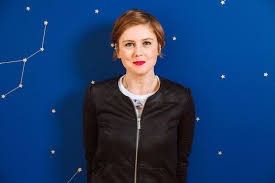 Cuckooz Nest, a bright and spacious two-level space in the primely-located Farringdon, was co-founded by Charlie and her close friend Fabienne O’Neill. This was back in March 2018. It provides flexible co-working space together with child-care facilities for self-employed parents. The business tackles an age-old societal challenge. Namely, women in London who want to pursue careers and effectively raise young children at the same time.

Charlie said, ‘’My personal belief is that it’s really important in those early years to be around your child, but to also not lose yourself to motherhood. My career and my businesses have always been important to me.’’

The point of differentiation at Cuckooz Nest is the ability to flex childcare provision from week to week to the customer’s needs. One is able to commit to as little as four hours a week. ‘’We also eliminate the inevitable distance that arises between a parent and a young child for all childcare options barring having an in-house child minder. Commencing work outside the home normally leads to distance, ’’ Charlie said.

Building the business from the ground up…

The co-founders have strong professional backgrounds in property, but realised they did not know enough about the formal child-care industry. 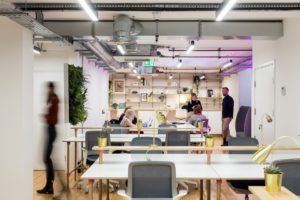 ‘’We acknowledged that early on and brought in experts to help us shape the business and recruit the key management team. I had to learn a lot about the early years of child development. As well as Ofsted requirements (a regulatory body), and the safeguarding of children,’’ she said.

They used a combination of self-financing from personal resources and crowd-funding to get started.

Operationally, sourcing and retaining trustworthy staff is a key challenge as the childcare industry has high churn. The Cuckooz Nest team remunerates at slightly above market rates. It also trains staff on an on-going basis, as means to driving retention.

And without going into the details, Charlie alluded to the challenges of driving growth and profitability in the business. Revenue is constrained by the number of children they can take on at one time. Ofsted regulates children per square meter as well as the staff to children ratio.

…and in it for the long haul

Looking at the external environment, the founders of Cuckooz Nest are optimistic. This, despite Brexit, imminent changes in government legislation, and the dent in landlord/investor sentiment in the wake of failures at WeWork.

‘’It is possible that IR35 might impact the freelancer market, but we have already considered the ways in which we would need to pivot this business in order to adapt to that. On the upside, the childcare grant might be effective from six months instead of three years,’’ said Charlie.

As a currently single-sight operation, growth prospects remain high for this niche player. There are educated women grappling with balancing young children and work, up and down the UK. One estimate being that this number is close to a million women. And plenty of freelance dads for whom the operation offers a solution. Cuckooz Nest is currently in discussions with a developer in Manchester. 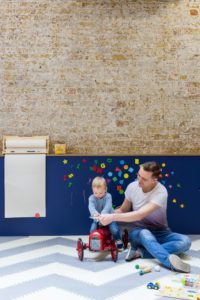 Flexible working is here to stay

And according to CBRE real estate investment research, in London alone, the flexible work space market remains buoyant. The CBRE knowledge hub states: ‘’Flexible office operators could represent 20% of all leased office space in Central London by 2030…with operators in the City and West End currently occupying 9.9 million square feet, and our estimates that this occupancy could grow to just under 34 million square feet by 2030.’’

Cuckooz Nest is just one offering tailored to meet the needs of living and working in London as a freelancer or small start-up.