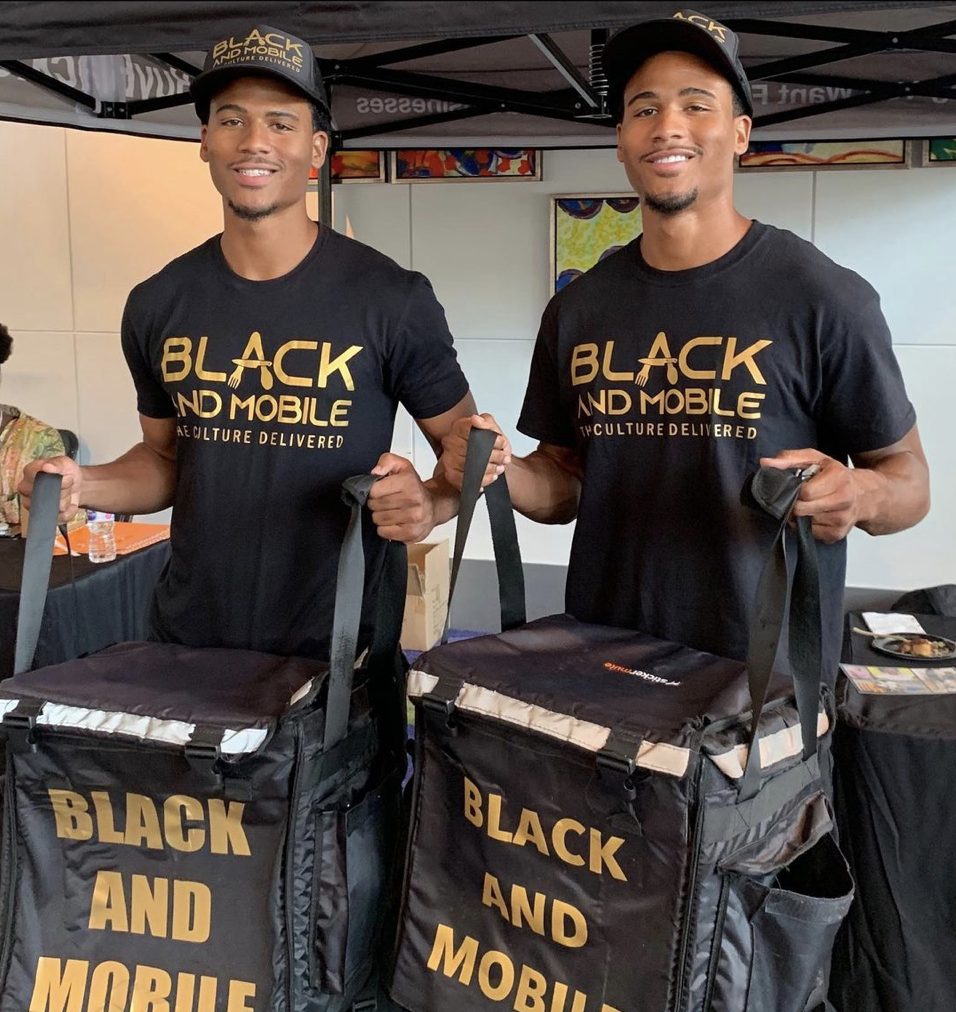 Black and mobile is making history! This start-up is the first black-owned food delivery service in the US. Additionally, Black and Mobile is competing with larger companies like Uber Eats, Grubhub and DoorDash. Twin brothers David and Aaron Cabelllo own the company, which made its debut in February 2019. Furthermore, this small business is unique because it only delivers for black-owned restaurants. This is mainly to help create more visibility and clientele for them.

In an interview with Vox Media, co-founder of Black and Mobile, David Cabello highlights why he started his business. He aims to promote underrepresented businesses so that people will support them.

How Black and Mobile survived the lockdown.

Like several other small businesses around the globe, the pandemic hit Black and Mobile hard. Many restaurants were forced to shut down during the lockdown and delivery services were suspended in Detroit by the company.

Towards the end of May, African American man named George Floyd was killed by the US police. Subsequently, this sparked rage and protests nationwide.

There was a large push for criminal justice reform after this. People also started encouraging others to support black-owned businesses. Particularly, to redress the economic injustice that the black community face due to systemic racism in America.

Black and Mobile benefitted from this movement as a black-owned business. Their sales increased immensely, even while competitors Uber Eats, Doordash and Grubhub were operating normally. Hence, black-owned businesses received a lot more support because of the Black Lives Matter movement.

The future of Black and Mobile.

Black and Mobile currently offers their services in Atlanta, Detroit and Philadelphia. The company plans to expand to other cities in the US by January 2021. With endorsements from celebrity artists, Black and Mobile has gained even more publicity. The start-up received a grant of $12,500 from the Small Business Administration (SBA) and $25,000 from the NAACP and Daymond John.

4 thoughts on “First black-owned food delivery service in the US.”