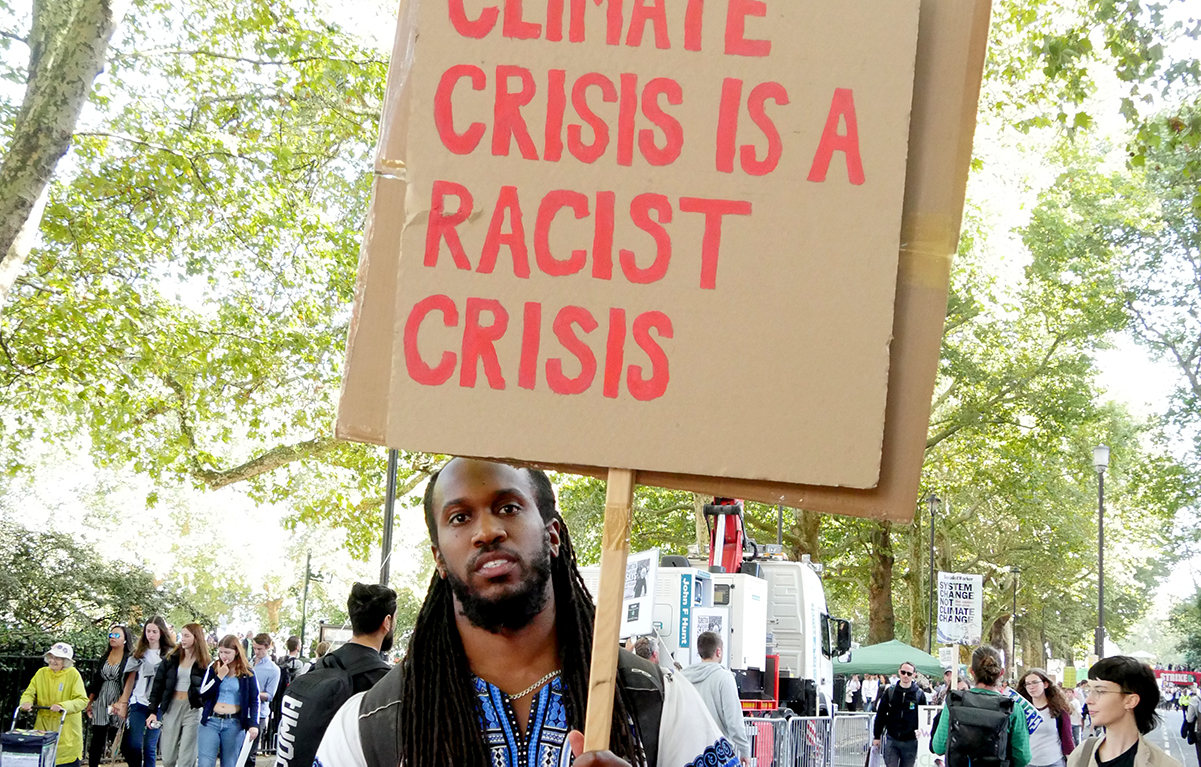 Gina McCarthy, National Advisor for climate change, has publicly promoted an “intersectional” strategy to environmental action in the US moving forward.

In a short video shared by The White House, McCarthy answers a series of questions shedding a bright light on the close, intertwined nature of climate change with health, racial justice, youth issues and human rights issues.

Flipping the climate narrative on its head and viewing social justice issues in tangent rather than as distinct allows greater opportunity for collaboration amongst communities, within the US and across the globe.

President Joe Biden has recently thrust the US back onto the global climate playing field, after four years of climate change denial under Donald Trump. He’s done so by rejoining the UN’s Paris climate accord on his first day of office, made a pledge to see America at Net-0 carbon emissions by 2050 and appointed McCarthy as the first ever national climate advisor.  Her background is predominantly environmental, but her current approach socially fuses injustices that touch all corners of society. The full video shared by The White House can be seen below.

So what is intersectionality?

Intersectionality is a sociological term whereby categories of identity and discrimination are understood through their nuanced overlaps, rather than as entirely separate. For instance, an intersectional feminist is alive to the complexities and crossroads of race, gender, sexuality and class within a person’s identity. Accompanying each facet are differing forms of discrimination, meaning each one cannot be understood in full without mutual consideration of the others.

The examples of social issues subsequently heightened by other injustices are not hard to come by. The Covid-19 pandemic has made that glaringly clear. For instance, unequal health care around the world became apparent as countries were unable to afford PPE and breathing machines. Likewise, the very fact there is a disparity in Covid-19 related deaths dependent on race reveals just how intertwined inequalities are and thus why we need intersectionality.

How is intersectionality relative to climate change?

For instance, communities of colour are disproportionately exposed to pollution and environmental toxins. This can lead to increased health risks; namely a greater vulnerability to respiratory virus’ like COVID-19.

This intersectional approach widens the lens on these global issues, but appears to add fuel to the metaphorical fire, as the already challenging issue of climate change now absorbs responsibility for race, human rights and youth issues.

Intersectionality is also criticised for an oversimplification of complex issues. However, this intersectional approach does not imply that they are one and the same, but rather a direct correlation between them suggesting that as one ebbs and flows so too does the other.

However, McCarthy hastens to note that “we spend a lot of time thinking about the challenges that climate change poses. But the really interesting question is how do we turn that into an opportunity?”

Ellie Johnston, climate and energy lead at Climate Interactive, recognises that the relational, intersectional approach necessary to climate change is a double-edged sword.

“Climate change touches every corner of our society which is both a challenge and a big opportunity. There are a lot of other challenges we face that addressing climate change can also simultaneously improve as well. Things like creating jobs and improving the public health of our communities by say… shutting down coal-fired power plants.”

Financially, addressing climate change reaps great reward. Gina notes how “the solutions we need to deploy to fix climate change, are the solutions that we need to grow our economy. We’re talking about good jobs, good-paying union jobs, and meeting the needs of individuals all across the country in every community.”

“To change everything, it takes everyone. We need all elements of civil society… There’s a lot of collaboration across country lines and grounding the reaction to the climate crisis in a way that also addresses the economic inequality crisis, the racial justice crisis and the social injustice crisis. We can’t solve the issues in silos, we have to take them on in an integrated way which makes it even more challenging, but also makes it politically possible.”

In zooming-out, McCarthy suggests a holistic approach to social justice, extending the benefits of addressing climate change beyond just a greener planet.