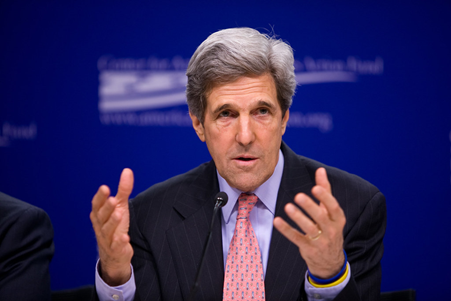 President-elect Joe Biden has underlined his focus on climate change by appointing former US Secretary of State, John Kerry, as his climate czar. Kerry was influential in helping to negotiate the landmark 2015 Paris Climate agreement. The Paris agreement aims to keep global temperature rises to below 2 degrees celsius this century.

In reaction to his appointment, Mr Kerry tweeted that “The Climate crisis demands nothing more than all hands on deck.”  There is a strong likelihood that under President Biden, climate issues will move up the policy agenda. Biden has committed to re-enter the Paris deal, which the US left under President Trump. Separately, during the Presidential campaign, Biden also referred to climate change as the number one issue facing humanity.

Important to have a President who “gets it”

Nic Craig, a Copenhagen-based climate expert feels that a Biden Presidency will see climate issues take greater precedence. “[It will] reinject energy in the process that has been slow to move since Paris in 2015,” he said over e-mail. “Ultimately it’s very important to have someone in the White House who ‘gets it’ – that can’t be underestimated.”

Not all countries on board

Not all countries around the world are expected to come on board with the Biden administration’s green credentials. There are concerns, in Brazil, for example, over the future direction the country will take. “Brazil’s commitment to the Paris Agreement is erratic,” David Swallow, a carbon-forest expert in São Paulo noted. “President Jair Bolsonaro is oscillating between threatening to leave the Paris Agreement, and saying he’ll stay, he added.

Many countries aiming for carbon neutrality

There does seem to be a push, however, towards greater climate action, globally. Last month, the European Union as well as both Japan and South Korea  pledged to achieve carbon-net-zero emissions by 2050. In September, China pledged to reach the same target but by 2060.  Meanwhile, in the United Kingdom, Prime Minister Boris Johnson recently called for petrol and diesel vehicles to be phased out by the end of the decade.

Not all governments around the world will be siding with the new US administration when it comes to climate issues. However, what is certain is that climate change is likely to take higher global prominence in the years ahead.