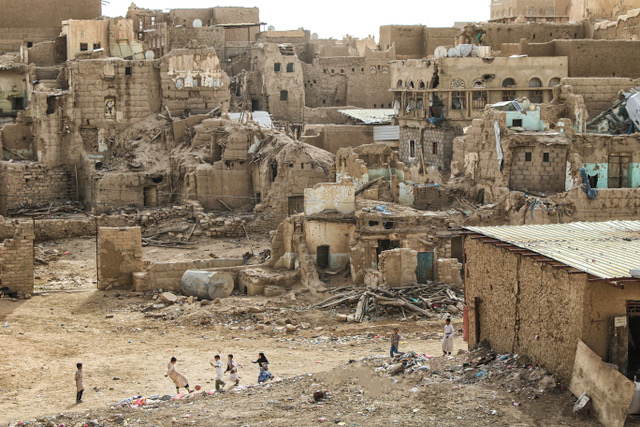 Yemen’s Houthi rebels launched drone attacks on an airport in southwestern Saudi Arabia on Wednesday, prompting Washington to call for an end to Houthi aggression.

The aerial attacks set a parked civilian aircraft on fire, but there have been no casualties reported.

Fighting also resumed in Marib, Yemen, where the Houthis led an offensive to seize the government’s last northern stronghold.

The escalations come days after President Biden announced a softening of US policy towards the rebels, reversing Trump’s designation of the Houthis an international terrorist organisation.

Biden’s halting of arms sales to the Saudi-led coalition was part of an effort to end the protracted conflict and alleviate Yemen’s humanitarian crisis.

But the recent Houthi attacks may cause the US to change course once more.

US secretary of state, Antony Blinken, gave no details of how the US will proceed in relation to Saudi Arabia or the Houthi rebels.

But a political resolution to the conflict seems further away than ever.

History of the conflict:

Fighting in Yemen began in 2014 between a weak Yemeni government and the Houthi rebel movement.

The Houthi insurgents took control of the capital city of Sana’a, and seized the presidential palace in January 2015.

Violence escalated when a Saudi-led coalition of Arab States, backed by Western powers, launched a campaign of economic isolation and air strikes against the Houthis in March 2015.

Rather than driving the Houthis out of the capital, the offensive morphed into a stalemated conflict which continues today.

The warring parties have not held peace negotiations since 2019.

Who is on either side?

The Houthis are a predominately Shiite rebel group backed by Iran.

The Saudi- and Emirati-led coalition of Arab nations are fighting to restore the internationally recognised Yemeni government.

Up until recently the coalition was backed by the US, who were supplying Saudi Arabia with 73% of its arms.

Six years of war, compounded by coronavirus and recent aid disruptions have pushed the country to tipping point.

The Crisis in Numbers:

Read about other global conflicts here: