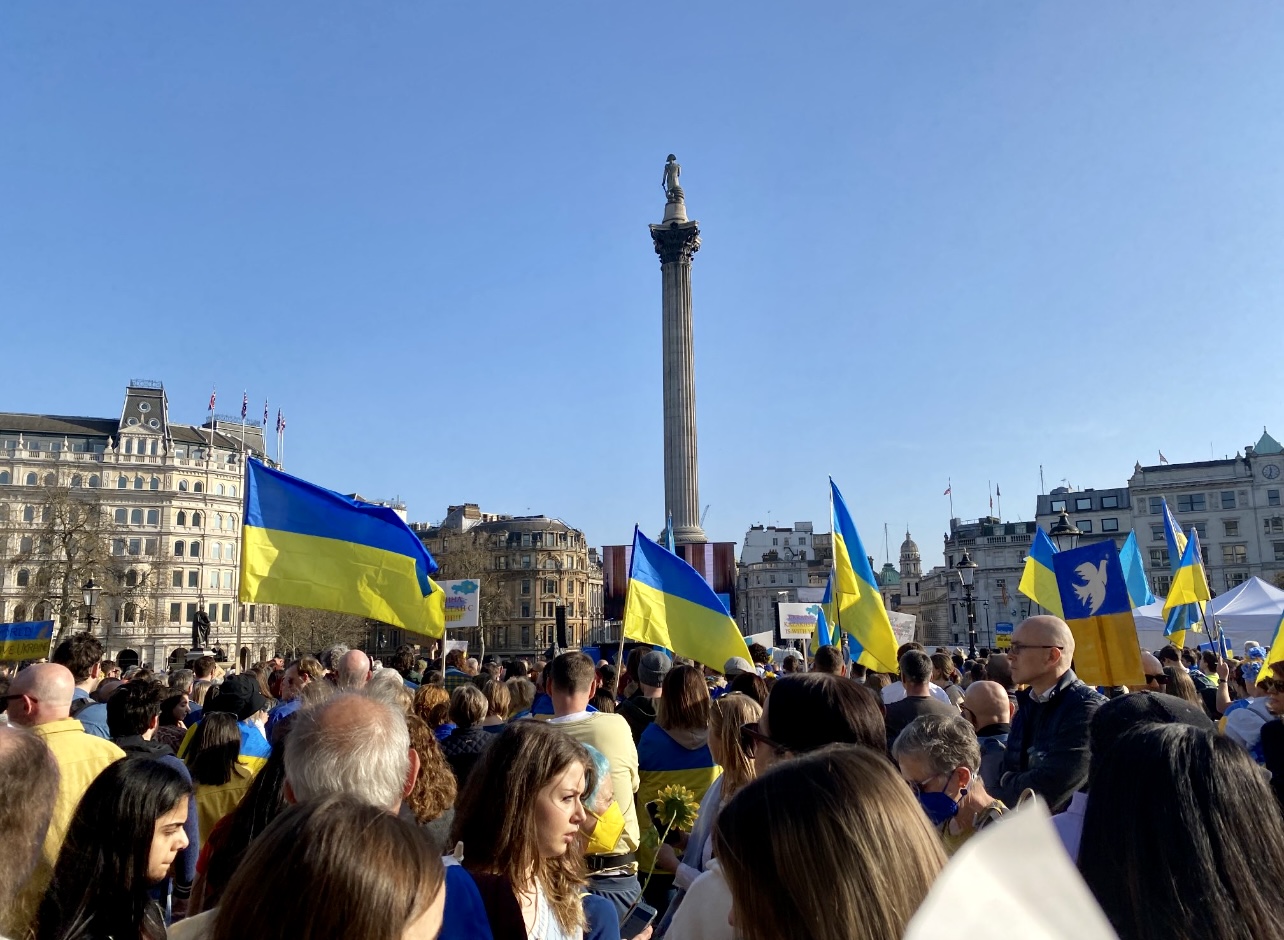 Thousands of protestors have taken to the streets of London over the past month to oppose the war that Russian President Vladimir Putin initiated on February 24.

The Mayor of London, Sadiq Khan, organised a ‘solidarity with Ukraine’ march in central London last week, saying the British capital stands “shoulder to shoulder with Ukraine in its darkest hour.”

As crowds swelled to fill Trafalgar Square, blue and yellow Ukrainian flags were waved amidst chants of “Shame on Putin!” and “Go home Russia!”.

Mark from Notting Hill held a sign reading ‘Solidarity with Ukraine’ and said it was more important than ever to protest.

“They’re on their own,” he explained, “the more that we all stand up and show that we are with Ukraine, the more we isolate Putin.”

The demonstration took place in response to Ukrainian president Zelensky’s call earlier this week for worldwide protests against the illegal invasion of his country.

“I am Russian, and I think it is important for me to be here because at home people must risk arrest to go to protests. The least I can do is be here and show support.”

Another protestor, Liliya, said she was grateful she could protest without fear:

“I am Russian, and I think it is important for me to be here because at home people must risk arrest to go to protests. The least I can do is be here and show support.”

Over 15,000 have been arrested in Russia for protesting the war so far, where it has been illegal to spread “false information” about the Russian armed forces since March 4.

Khan said at the London protest, “Our duty is rooted in a belief that a closer, more united and peaceful Europe is in all of our interests.”

He also announced more than £1.1m in funding to support Ukrainian refugees and asylum seekers in London.

Previously, protests have also been held outside the Russian embassy and Downing Street.