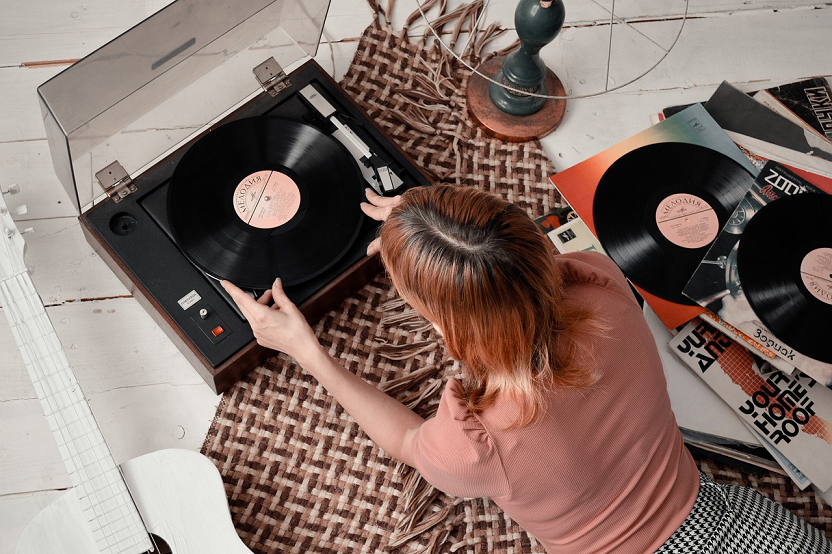 In the year we listened to more music than ever, as fans turned to their favourite artists to escape lockdown blues, CD sales plummeted. This may not come as a surprise as CD sales have declined massively in the past decade. However, for the first time since 1980, vinyl records out-sold CDs in the US.

It’s the same tune in the UK. New figures released by the BPI showed that sales of vinyl LPs surged ahead in 2020. Nearly one in five of all albums purchased across 2020 were vinyl, with 4.8 million LPs being purchased. The new numbers are up 10% on 2019’s figures – the UK’s highest since the Britpop boom of the early 1990s.

Vinyl now generates almost twice as much in industry revenues as music video streaming platforms, despite the billions of videos watched every year.

Why are Gen-Z Buying Vinyl Records?

According to Kantar Data, buyers of vinyl records are 57% more likely to be aged under 25 when compared to the average music buyer.

The vinyl market was completely usurped by CDs in 1988, so the recent interest in this old music format highlights an emerging trend among Gen-Z – Nostalgia.

Chris Culthard owner of independent record store Noises For Heroes said, “the online buying side of my business has grown a lot during lockdown, my customer base has massively expanded.” Laughing he continues “I think people are shopping more online to combat lockdown boredom.”

“Dubstep, and Techno records have sold really well the past year, especially with students. I’m getting lots of younger customers looking to build their vinyl collection.”

The best-selling vinyl albums are a mix of classics and pop. You can see a list of the UK’s 5 top selling Vinyl albums in below, and the full top 40 list here: