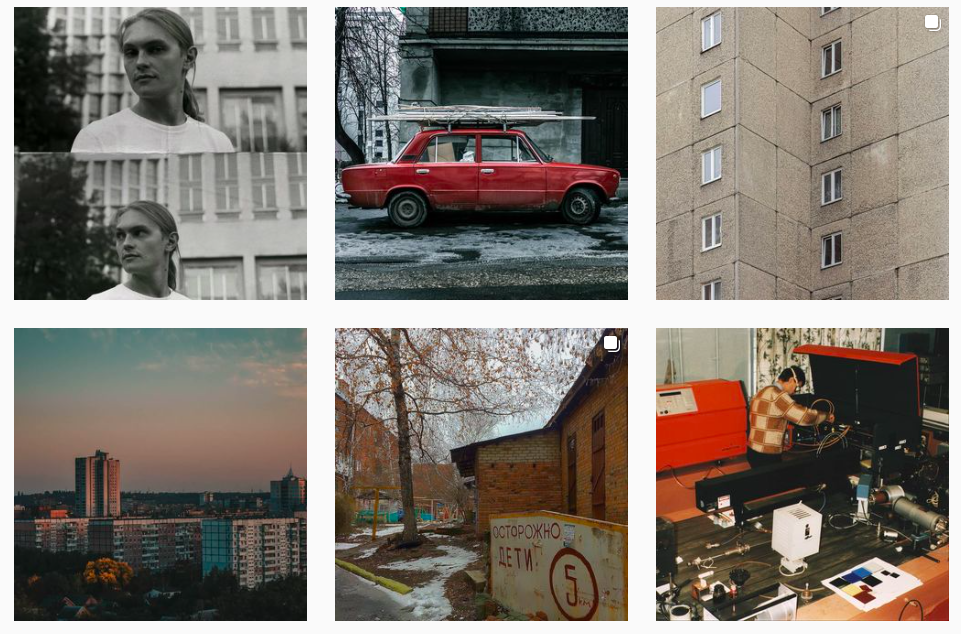 At the moment, #SovietUnion has 138.5M views on TikTok, the video platform used by mostly 19-35 year-olds. Many of these posts are romanticising the Soviet era and the USSR. Even more popular, the hashtag #Communism is at 588.8M views. Some posts are informational, perhaps even educational videos about leftist ideologies. But most of the users simply praise communism and marxism in their heavily filtered videos, viewed and endorsed by millions.

Of course one should be careful not to confuse communism, the ideology with socialism, Leninism, Trotskyism or any ideologies and politics based on Karl Marx’s theories. And it would be a shame to dismiss the Marxist ideologies based on what happened in the Soviet Union. But it’s also deeply insulting to worship communism without acknowledging what happened – and in some countries, still is happening – under the name of the ideology.

“Soviet aesthetics” have always been particularly admired on the internet. Abandoned panel buildings and worn-down amusement parks appear in Pinterest boards, Chernobyl is a hugely popular destination for photographers and apparently an interior design inspiration for some. Designers like Gosha Rubchinskiy and Yulia Yefimtchuk turned post-Soviet casual-wear high fashion. And in some cities, one can rent the Soviet experience for only £25 per day.

This is all nice and well, as long as no one forgets that for some, Russian products, cheap plastic toys, old-fashioned pieces of furniture and ugly clothes were not trendy additions to a comfortable lifestyle. In fact, not options at all.

In rural parts of post-Soviet countries, vintage Adidas is not a thrift-shop treasure, but the sad reality. Worn-down panel buildings are not waiting for millennials to renovate them and rent them out via Airbnb – people actually live in them. And that Chernobyl is not just the set of a popular HBO series but a huge tragedy and evidence of how badly Soviet politics worked.

Russian army hats might look ‘cute’ in a TikTok video, but still, women remember the mass rape russian soldiers performed after WW2. Symbols such as the red star, the hammer and sickle, that some tattoo on themselves, bring back memories of Red terror, deportations, ethnical cleansing, Gulag camps, and mass killings ordered by the Soviet government. The USSR is responsible for the death tens of thousands of people in Russia, Ukraine, East Germany, Romania and Yugoslavia, amongst others.

Socialism has put countries through war and famine, resulting in poorness, alcoholism and (ironically) great social inequality and widespread corruption – all of these still evident. It left its mark on most post-Soviet countries: nationwide poorness left families constantly stocking up on canned food. Strict political regimes and frequent tortures made families paranoid. And in many countries, the horrible memories of that era contribute to the illiberal political regimes.

On TikTok, there are users who stand up against those romanticising communist regimes. “I made the video when I was a little hurt and angry that people have never lived under the regime/grew up with parents who did idolise the aesthetic,”

Dominika Majewska, a polish TikToker said. She posted a video asking those who idolise communism to check their privilege.

Growing up in the post-Soviet country, she always felt “that Poland was a couple of years behind.” Communism marked her family too: “My mum still has the attitude of “buy as much as you can” as she grew up quite poor and had to queue up for hours to get basic necessities like bread etc.”

“Everyone is entitled to their own opinion – I just feel like many of the ‘trendy’ videos about communism are a little ironic,” she says.

“The thing is, it is so easy to fall into the trap of communism if you know nothing about it,” another TikToker, Sam Kagan explained. “If you lack the knowledge of the millions placed into gulags during the attempt of communism, if you are unaware of the food shortages that starved whole populations, hearing about a theory that provides for all sounds great. If my parents weren’t immigrants from the USSR, and I never hear their stories, I might have been a communist myself.”

According to him, young people are fixated on utopianism, and lack of knowledge also helps leftist ideologies to gain power online. Granted, most users posting about communist ideologies are frustrated with the current political regimes and capitalism and look for a solution in ideologies.

“Communism is horrendous and it is absolutely immoral to romanticise it because by giving praise to such a theory, one is ignoring the millions who have been affected by it, the hundreds of thousands that have been massacred, the plently of refugees who sold off their whole lives to get away from it. By idolising such an ideology, one is directly ignoring the struggles and calls for help of the world,” Kagan commented.