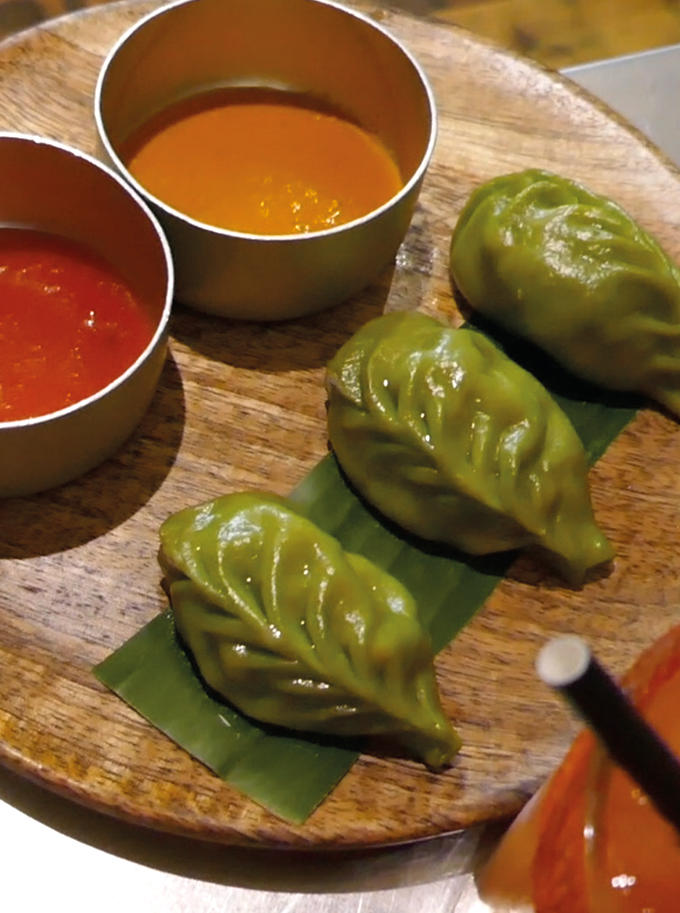 The brand new Indo-Chinese cuisine just arrived in the UK!

We all know that Britain’s food landscape is famously known for being mixed in cultures. And new cuisines are now emerging and taking over the traditional “fish and chips”.

But today, what exactly is British people’s favourite cuisine?

Based on a study made in June last year, Woman and Home magazine found that the lip-smacking Chinese food has been crowned the country’s favourite cuisine, followed by Indian food.

But in order to test if these facts were still valid to this day, I decided to go in the streets and ask 15 random people this simple question: what is your favourite cuisine?

Here were the results:

In this smaller focus group, I managed to confirm that 9 people out of the 15 interviewees prefer either Chinese food or Indian food.

And now Britain has found a solution for those struggling to choose between the two with a brand new cuisine: Indo-Chinese food.

So, what is the history of Indo-Chinese cuisine?

Fatt Pundit is the latest Indo-Chinese food restaurant based in Soho, and its manager Alex Raposo kindly explained the origins of this type of cuisine:

“Originated from Kolkata, or Calcutta, in the North-East part of India, this cuisine was invented when the Hakka people migrated to India from the Chinese province of Guangzhou. It was in the Chinatown of Kolkata, also known as Tangra, where the immigrants managed to incorporate the traditional Chinese cooking techniques with the spices of India, creating something new yet familiar.”

And despite being quite popular in India, this new cuisine just started making an impact in the UK.

Let’s talk about Fatt Pundit, the new player in town!

This recent trend of Indo-Chinese food has been confirmed with the arrival of Fatt Pundit. While the name might leave people wonder, manager Alex Raposo explained the wordplay.

This “Chinese wise man” has overwhelmed social channels with success since its opening and its one-of-a-kind flavours. But most importantly, their “dish-on-table-once-it’s-ready” concept perfectly illustrates a new eating experience based on sharing.

“My brother and I opened Fatt Pundit with the goal of wanting the people of London to taste the amazing flavours of Indo-Chinese cuisine and experience this tasty journey with us”.

What type of Indo-Chinese dishes would you find at Fatt Pundit?

The characteristics of Indo-Chinese food can be hard to pin down. But to put it simply, it’s about Indian ingredients and spices cooked in Chinese staples and woks. With ingredients and dishes such as the typical Tibetan-style momos, paneer, okra, prawns, chicken and lamb, everything must hit the right note of spiciness.

But visuals always worked better than words, so I will let you find out for yourselves!

Fusion and perfectly balanced flavours are key to that type of cuisine:

“The most important aspect of plating of a dish is the flavour points. We make sure everything served on the plate has a meaning from flavour to the way it looks. There is nothing more rewarding than watching someone truly savour the food you served them”, said Huzefa Sajawal.

If you want to take a look at Fatt Pundit menu, click here!

Even though not many people know what Indo-Chinese food is yet, the curiosity and tastebuds of the British community are growing. They are now more and more attracted to regional and authentic Asian cuisine. Britons’ appetite for new authentic Asian food is now boundless.

This new Indo-Chinese cuisine is just an example of the arrival of a new regional Asian food. And who knows, maybe in a few years, it might take over the preferred Chinese and Indian food!

In the meantime, I would recommend you hurry and book a table at Fatt Pundit before it gets full for the rest of the year!