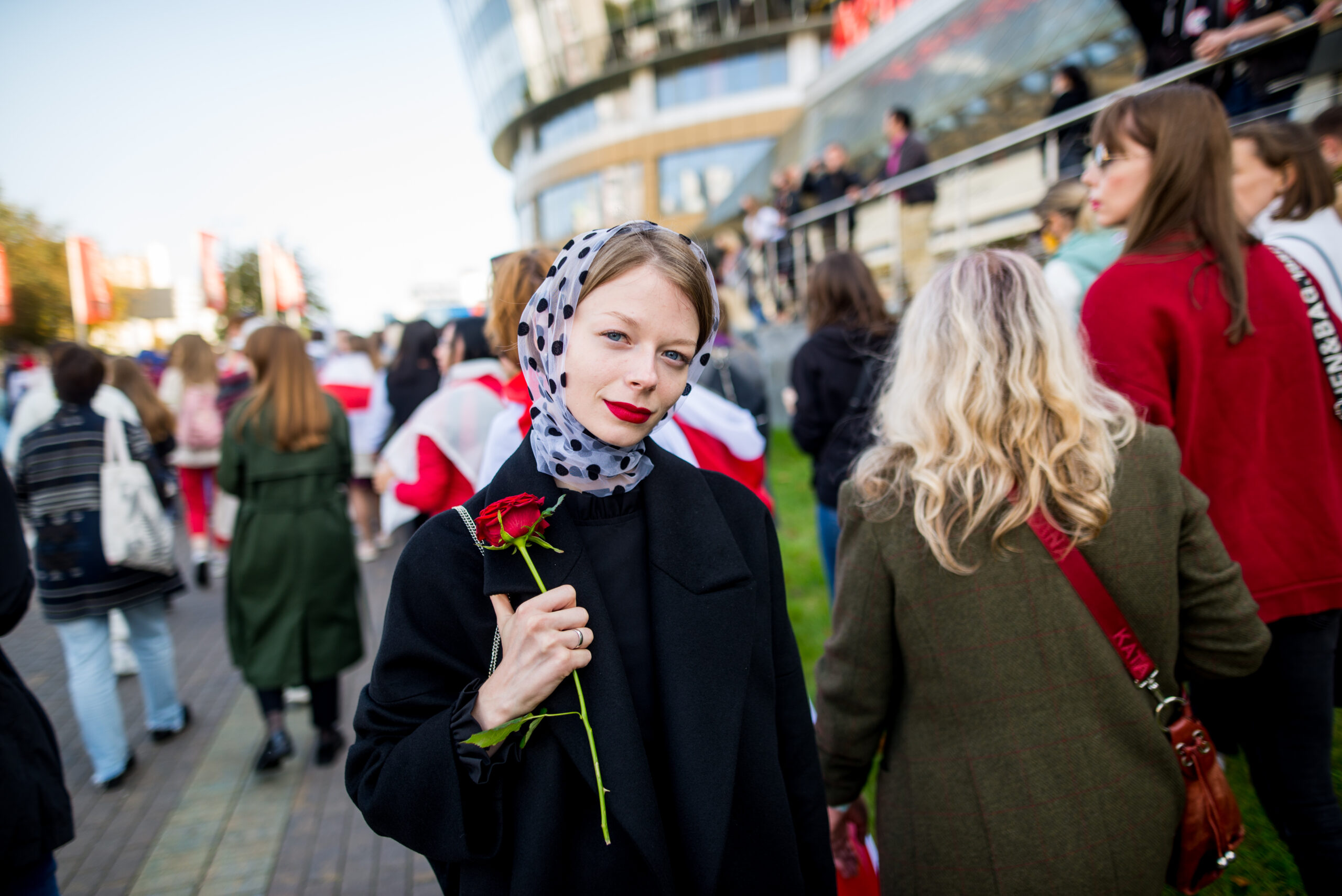 Over the past three months, Komarovsky Market has become one of many locations in Minsk regularly packed out with anti-government peaceful protests. They have come carrying chrysanthemums, roses and even autumn leaves to march against the re-election of President Lukashenko in August.

Most of these flower bearing protestors are women. They are leading these largely peaceful protests, forming long human chains to seprate the remaining protesters from state police.

What these flowers mean to Belarusian women

‘I think it has a big visual impact. It’s a beautiful picture of people holding flowers and then people (state police) dressed in balaclavas and all black’, says Anna Bamayoko, a Belarusian journalist based in Minsk. ‘It’s a good contrast.’

Anna claims that flower-bearing is a new phenomenon in Belarus and has attracted women all around the country to turn to the streets.

This is a view shared by Alina Radachynskaja, a business consultant who takes part in weekly marches. “I think locally it can attract more people to this movement because non-violent resistance is more popular among people in general here in Belarus.”

Flowers as symbols of peace and political reform are nothing new.  In 2003 there was the Georgian rose revolution resulting in the resignation of former Soviet leader Shervardnadze. Then there was the Jasmine revolution in Tunisia, 2011 which led to the expulsion of Ben Ali. We have even seen the roles reversed during the 2013-2014 Thai protests when the government let policemen distribute flowers under government orders to demonstrators.

Government’s crackdown on the protestors

Since the outbreak of the protests in late August, the government have arrested and detained thousands of protestors including those circulating flowers. One of these was Maksim Kharoshyn, owner of “Pervy Tsvetnoy” flower shop in Minsk was severely beaten and has now been detained for his active civic stance and participation in recent rallies. He had reputation for handing out flowers to female protesters.